The Emir of Keffi, HRH Alhaji Shehu Yamusa III, has called on Nigerian women to show interest in the Presidency to succeed President Muhammadu Buhari in 2023. 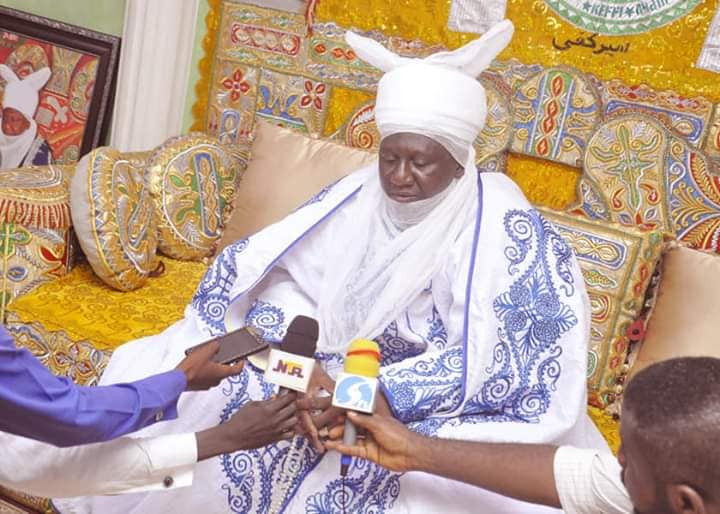 The monarch, who is the Chancellor of Nasarawa State University, made the call when members of the National Democratic Institute International Working Group for Supporting the Advancement of Gender Equality programme visited him in his palace in Keffi.

According to him, it’s very possible for a woman to lead the nation, but Nigerians must separate cultural sentiments from politics for the best leaders to emerge in the country.

“Most importantly, I will like to draw the attention of the entire nation to the fact that culture and politics are two different things.

“We often mistake the two, and that is why most women can’t come out to contest for elective positions. But they are part of us, and we must carry them along.

“Going by their performances in our various houses, I think we should give them a chance in the next general elections. If women can manage families. They can manage the country,” he said.

The monarch, therefore, stressed the need for all political actors to respect the role of women in the struggle for power as “we all have something of value to offer”.

He also said women can provide the kind of leadership that Nigeria needs by supporting each other to win elections in 2023, and ensuring proper management and equitable distribution of the country’s resources.

On her part, the first female President of the Republic of Kosovo and leader of NDI’s SAGE delegation, Ms. Atifete Jahjaga said, “We have a mission to support the government and people of Nigeria by contributing to the percentage of women in politics, working in the direction of gender empowerment.”

KanyiDaily recalls that President Buhari had revealed why he entrusted the country’s treasury in the hands of women since 2015 when his government came on board.