A former Minister of Aviation, Femi Fani-Kayode has refuted claims that he joined the ruling All Progressives Congress (APC) for financial reasons. 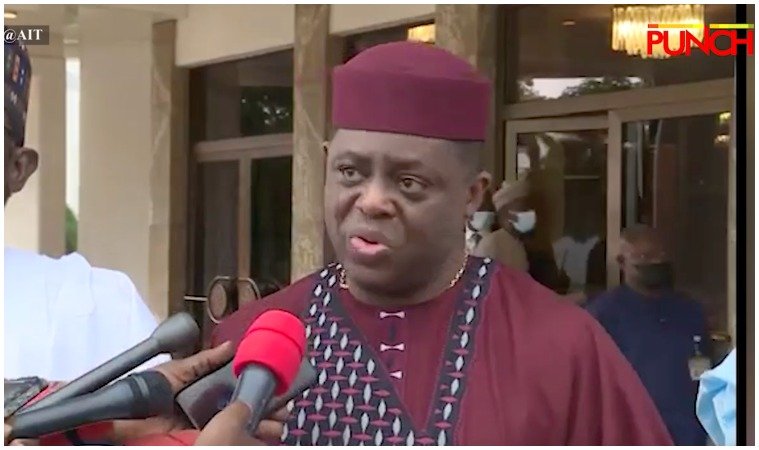 KanyiDaily had earlier reported that Fani-Kayode returned to the ruling APC on Thursday, September 16, after he dumped the Peoples Democratic Party (PDP).

Speaking on why he finally returned to the APC during an interview on Channels TV, the former minister said it’s ridiculous and absurd to say  he moved to the ruling party because of money

Fani Kayode stated this when the anchor of the programme, Seun Okinbaloye, read a comment from a critic linking his defection to possible financial incapacity or inducement.

“I have struggled and fought over the last six years more than any of the *little monkeys that said what you just said to me now and I stand proud and tall of the kind of family I come from, the kind of background I have, finance has never been an issue,” he fired back.

He told his supporters to trust his new decision as it was “in the best interest of Nigeria”, adding that  “You can insult me from morning to night, it means nothing to me.

“What is important to me is my God and the fact that I am doing the right thing at the right time. I am considerably more wealthy than most people think and I don’t need anything from anybody,” he said.

Mr Fani-Kayode wondered why his critics did not criticise him when he was fighting the government but chose to do so now that he joined the APC.

“It is an old story from Nigerians, especially from Nigerians from a particular segment of the society like to say about those of us that are from the elite and I am not prepared to respond to that kind of rubbish and I am surprised you would ask me that kind of question.”

Meanwhile, Sheikh Gumi described Fani-Kayode as the ‘Judas of Oduduwa’ over his defection to APC, adding that he has refused to respond to his criticisms because he knew him to be fake and a traitor.

Emir Calls On Nigerian Women To Show Interest In Presidency, Succeed Buhari In 2023