Mompha has threatened a lawsuit over allegations that he had a sexual relationship with crossdresser, Bobrisky. 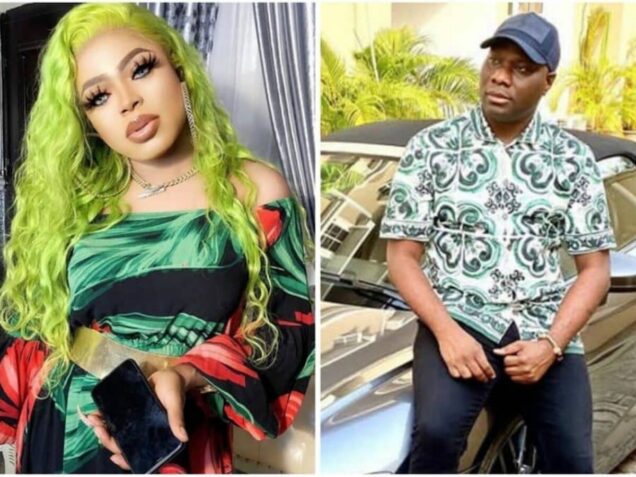 Popular socialite and social media celebrity, Ismaila Mustapha aka Mompha, has threatened to take legal action over allegations of having an affair with crossdresser, Bobrisky.

Bobrisky’s ex-personal assistant, Kyme Oye had during a question and answer on Friday alleged that the billionaire had an affair with the crossdresser.

The allegation didn’t go down well with Mompha who uploaded conversations he had with the lady and threatened to sue her for defamation of character if she does not debunk the news.

Sharing screenshots of his chat with the lady on his Instagram story, Mompha also denied ever having an affair with Bobrisky.

He wrote: “See, I am a married man and I don’t do gays. You should go and debunk that news if not, it won’t be funny with you.

“What kind of rubbish statement you made that i’m dating bob, be ready, I am going to sue you for defamation of character.”

Mompha also revealed his type of woman saying: “I like big yansh (real woman) pass anything, God forbid bad thing,” he wrote in a post on his Instastory. 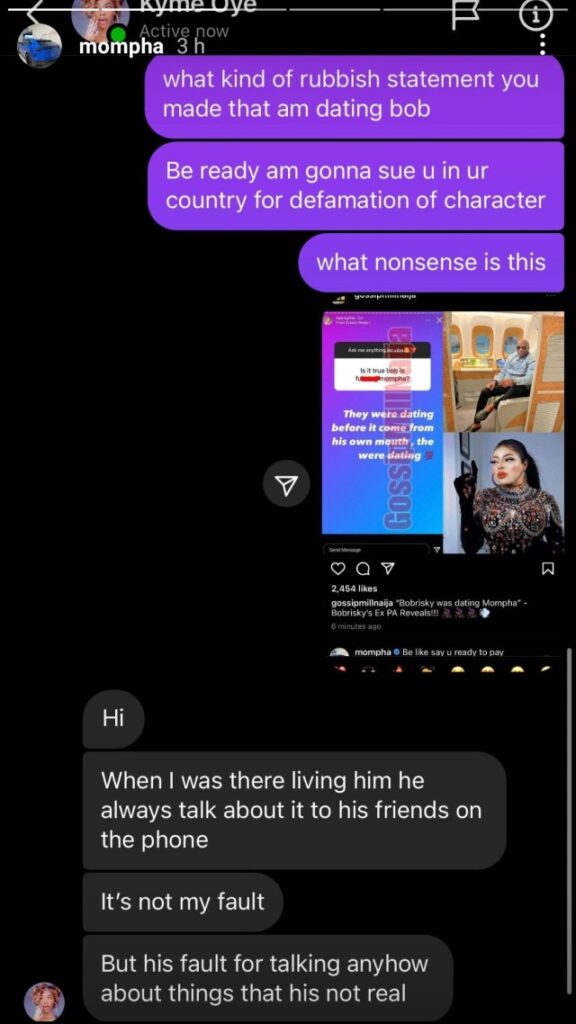 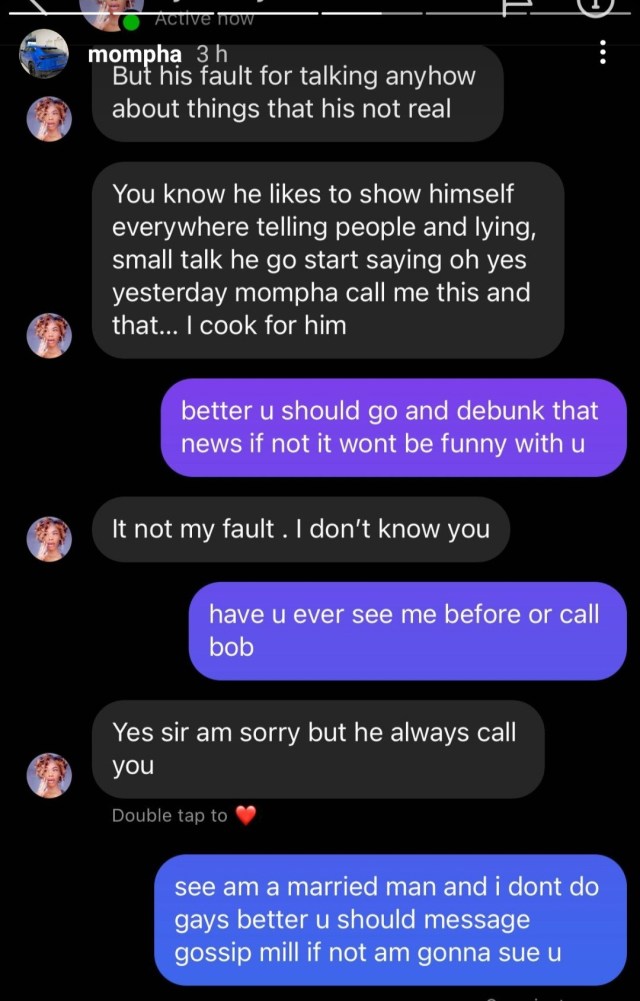 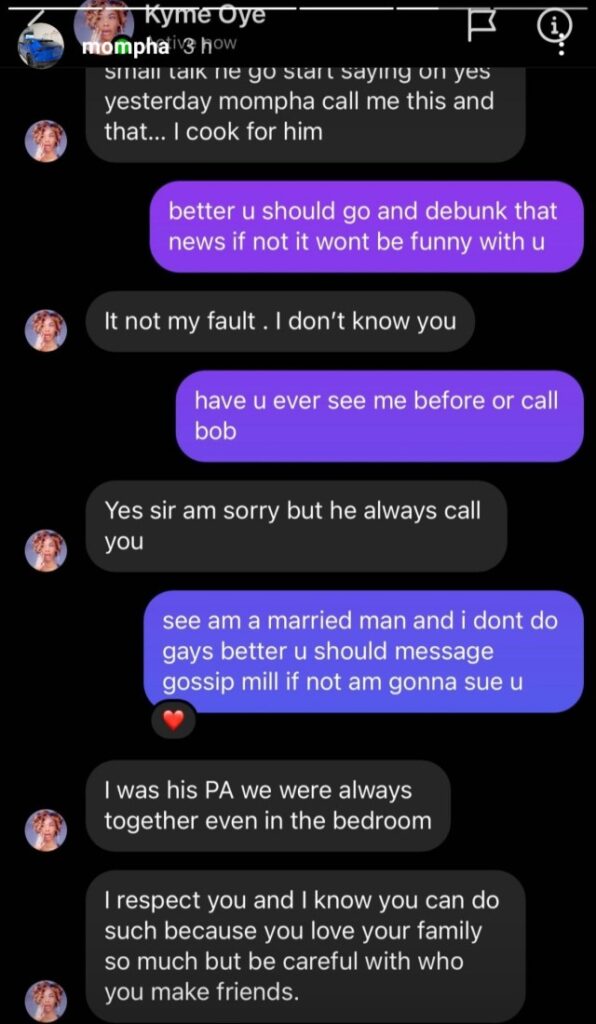 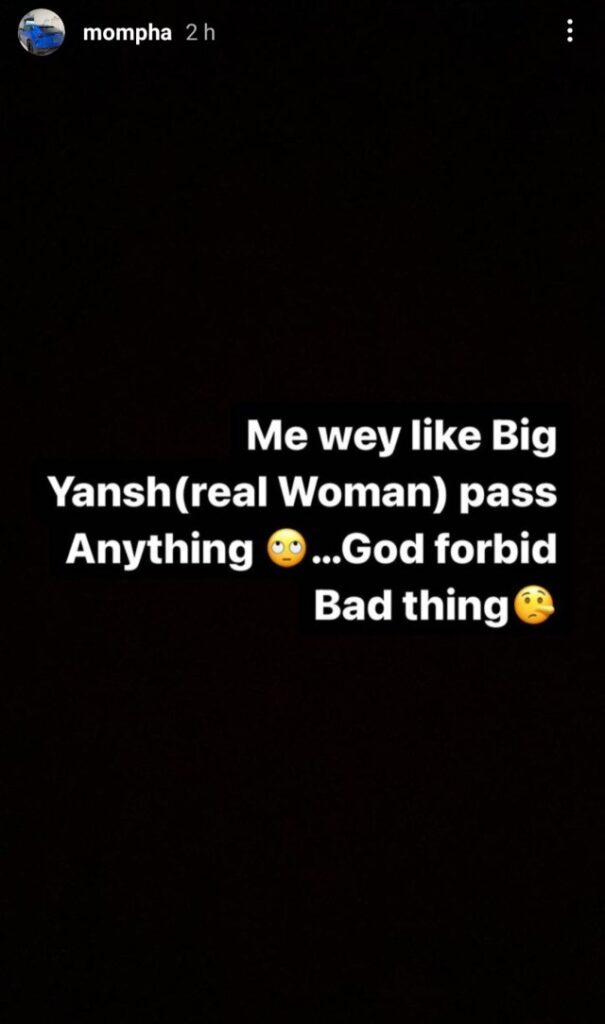 KanyiDaily had published a video showing the moment Mompha was seen spraying wads of cash on Bobrisky who was celebrating his 28th birthday party.

“Hushpuppi could never achieve what I achieved. It’s insulting to compare us” – Invictus Obi