Olakunle Churchill, the ex-husband of Nollywood actress, Tonto Dikeh, has confirmed his marriage to his former personal assistant and actress, Rosy Meurer, who was rumoured to be the reason for their divorce.

KanyiDaily recalls that after their breakup in 2017, Dikeh had accused Meurer of having an affair with Churchill, one of the reasons behind their marital crisis which eventually led to a divorce.

Meurer later came out to debunk the allegations, saying she can’t sleep with Churchill because it will just be like having a sexual affair with her brother.

She described Dikeh’s ex-husband as her mentor and also stated that she gets irritated when asked if she’s sleeping with him.

The actress said Churchill is a man with a big heart and also expressed hope of having a bright future while working with him.

READ:  "This Scam And Extortion Must Stop" - Tuface Calls Out NCDC For Frustrating Travelers [Video]

However, in a birthday message to Rosy Meurer on Monday, February 15, 2021, Churchill described her as his wife “Mrs Churchill”, thereby confirming their marriage.

He also disclosed that she stood by him when the world was against him and during hard times, when depression would have taken the better part of him.

“A special sunrise, on this precious day, a great woman was born. During my hard times when depression would have taken the better part of me, you were my bedrock.

“When it was like the whole world was against me, you stood by me, even took some missiles because of me. When I thought I lost it all, you encouraged me to hope on God that he will give me back all l have lost.

“Happy birthday Mrs Churchill. Age with grace, l have got your back 247 by the special grace of God,” he wrote.

Rosy Meurer replied saying “Aww thank you so much. I appreciate you always. We thank God and I’ve never doubted you”

This is coming seven months after Tonto Dikeh revealed that she has forgiven Olakunle Churchill for the sake of their child, King Andre. 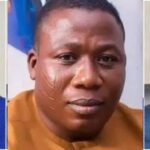 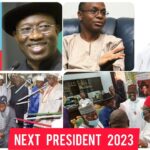