The Buhari/Osinbajo Support Group has canvassed support for Igbo Presidency in the 2023 presidential election.

During The Morning Show of Arise TV on Tuesday, the National Coordinator of the group, Ebunola Martins, urged the National Leader of the All Progressives Congress (APC), Bola Tinubu, to give up his 2023 presidential aspirations and support the South-East region.

Martins said though he is a Yoruba man, for fear of justice and fair play, the next Nigerian President to succeed Muhammadu Buhari in 2023 should come from the South-East region.

According to him, the two major political parties should produce their candidates from the South-East as it was done in 1999 when the South-West fielded former President Olusegun Obasanjo and Chief Olu Falae of the Peoples Democratic Party (PDP) and the All Peoples Party (APP) respectively.

Why Bola Tinubu Should Support Igbo Presidency In 2023

Martins said, “Come 2023, number one, we as Yorubas, I cannot betray fellow Yoruba men. I love Yoruba, because I’m first a Yoruba man before I become a Nigerian. So, I believe in the Yoruba people and I believe in our tradition.

“But for fear of justice and fair play, that’s why I’m saying that even my big brother, Senator Bola Ahmed Tinubu, if I were him, I will not run for the election, I will encourage my brothers from the East. We are friends, we are the same, and we are from the south. We have had our own shot, South-South has had their own shot, and I will encourage the Easterners to do so.”

“This is what I will have done. Even both political parties should bring their candidates from the South-East. Just like we did in 1999 that we brought both Obasanjo and Falae just to give the South-West that comfort, that you are part of us even if the election was annulled (in 1993).

“We don’t hate your region. The two major political parties brought out these people. And, I think that’s what we should do for the Southeasterners. I believe so, even without saying anything, my vote will go to the South-East. It doesn’t matter how we do it, but as a person I believe that we should give them that grace and that opportunity to be able to do that.”

KanyiDaily recalls that Kogi State Governor, Yahaya Bello had also asked Tinubu to drop his purported presidential ambition for his ‘children’ to take over in 2023. 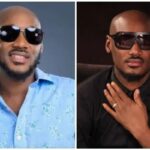