A 25-year-old man, Hamza Isah has been arrested by the police for allegedly masterminding the kidnap of his 60-year-old father, Alhaji Isah Maigoro.

Hamza Isah allegedly conspired with two bandits, who are also currently under police custody, to kidnap his father after they gave him N20,000 and promised to give him N200,000 after the ransom was paid at Rinjin Gora village, in Matazu Local Government Area of Katsina State.

The police spokesman, SP Gambo Isah, the suspect’s father, Alhaji Isah Maigora, is still in captivity at a yet-to-be-identified location, adding that investigation was in progress on the incident.

While being paraded before pressmen at the State police command on Friday, the suspect said, “I have issues with my Dad. So, I went to Auwal Magaji to help me with fertiliser. He promised to help me not just with fertiliser but with lots of money if I could help them to kidnap my father.

“I told them that it will be difficult to kidnap my father as our compound is well fortified. But they told me not to worry and gave me six different charms to bury in the compound which I did. Three days later, they came into our compound and kidnapped my father.

“I decided to spill the bean because after my father was kidnapped, I went to Auwalu Magaji that I want to return the money he gave me and he threatened that my life would be in danger if I dare tell anyone but when they brought me to the command and I was suffering, I decided to reveal everything.”

Gambo said the elder brother to the suspect, Buhari Isah, became suspicious of his brother’s utterances after their father was kidnapped.

He said he called the police into the matter after his younger brother, Hamza, bragged that he is going to have a lot of money very soon.

During interrogation, the suspect confessed to have masterminded the father’s abduction after being lured with an initial N20,000 gift and charms by an elderly man from the community and the promise of a handsome reward when the operation is successful.

“However, the two alleged accomplices denied having any knowledge of the incident as investigation is ongoing,” Gambo said.

KanyiDaily had also reported how a 20-year-old man, Abubakar Amodu, was arrested for allegedly kidnaping his father with his gang members and collected N2 million as ransom. 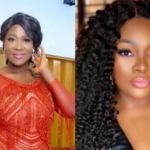 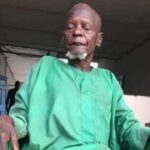