Nigerian soldiers have killed three persons and burnt over 50 houses including a palace in Imo State. 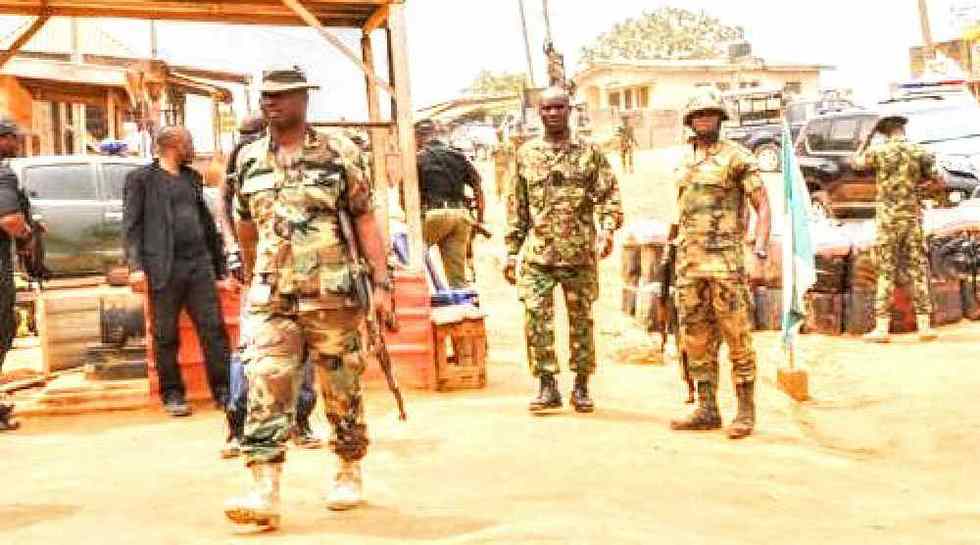 No fewer than three persons were killed on Friday during a raid by Nigerian soldiers at the Izombe community in the Oguta Local Government Area of Imo State.

The News Agency of Nigeria (NAN) also gathered that many houses were burnt down, including the palace of the traditional ruler of the Aborshi-Izombe community, Pius Muforo.

Although the exact cause of the raid is still sketchy at the time of filing this report, NAN gathered that Izombe, Eziorsu and Osobod communities have been enmeshed in oil bunkering operations.

Speaking on the development, a community leader from Umuokwu village, Mr James Imo, claimed that over 50 houses have been burnt down.

Imo said, “I was informed that two military men were killed and their vehicle set ablaze after the two military personnel had killed one young man, Chukwunonso Iherue, in Umuokwu-Izombe.

“The problem arose from a misunderstanding between the youth and soldiers over crude oil bunkering activities.”

He alleged that the angry youth fought back, overpowering the soldiers, taking their guns and burnt their vehicle.

Imo said the military personnel ran to the palace of the traditional ruler for refuge, but the angry youth stormed the palace, brought them out and killed them.

Another source, who pleaded anonymity, said: “I am calling from inside a hideout in the bush now. Some soldiers attacked our community in retaliation over 18 Hilux vans carrying petrol and three war tanks.

“My cousin living next to our compound told me that her house was burnt down after which the soldiers went and burnt down Chief C.A. Onyeukwu’s building,” the source said.

Efforts to get a confirmation of the incident from the Public Relations Officers of the Police and Nigeria Army proved abortive as they both declined comments on the incident.

KanyiDaily had reported how unknown gunmen killed an Anglican priest, Rev Emeka Merenu, for inviting soldiers to secure the secondary school under his supervision in Imo State. 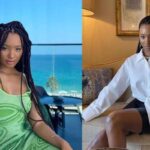 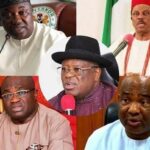