Music promoter, Kogbagidi has expressed anger after fast-rising singer, Portable, accused popular dancer Poco Lee for ripping him off his money and receiving credit for their hit track, Zazoo Zeh. 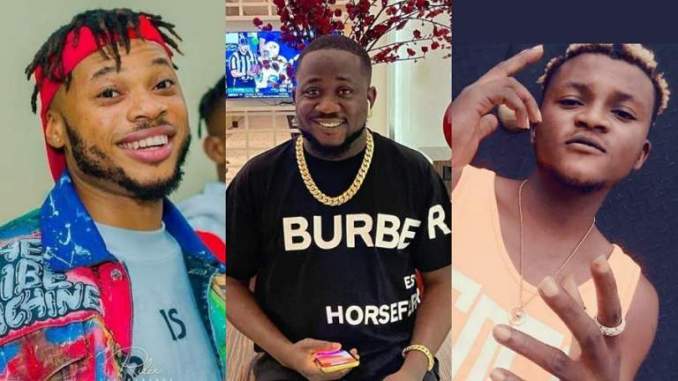 Portable had taken his TikTok account to call out Poco Lee for allegedly trying to rip him off his song credit. On most streaming platforms, the record is credited to ‘Poco Lee X Portable X Olamide.’

In the video, Portable also claimed that when Olamide brought him on stage to perform ‘Zazoo Zeh’ at the Livespot Festival, Wizkid sprayed him $3000, but Poco Lee only gave him $600.

In the now-viral video, Portable said in pidgin, “Poco Lee, I am the one who sees a gun but doesn’t shoot. You no show love o. Shey na you get Zazoo ni? Na Olamide bless me o, but you carry my song. You don rip me now. Even if you worked on the song, why is your name first in the credits?

“Na me get Zazoo. It should be Portable X Olamide featuring Poco Lee. Are you mad or something? N*gga, respect yourself. If they talk to you, don’t argue. Do normal, so you can buy a hummer o…”

Portable also claimed that he won’t agree to the release of a video for the song.

A few hours later, Kogbagidi, who manages Portable’s affairs, took to his Instagram page to post a video of himself, sending the singer out of his house and seemingly cutting ties with the artist.

Taking to his Instagram stories, Kogbagidi wrote that, “Unruly and unprofessional behaviour is always expected from upcomings. You can never tell what goes on in their mind and head. I’m shocked at this point. Do I need to fix your career and your head at the same time?” Since then, Nigerian celebrities like Olamide, Yomi Fabiyi, Slimcase and more have been pleading with the manager to forgive his erring ward.