Nigerian singer, Duncan Mighty has survived a fatal accident as the car he was in plunged into a river after being hit by a speeding trailer on his way to Uyo, Akwa Ibom State. 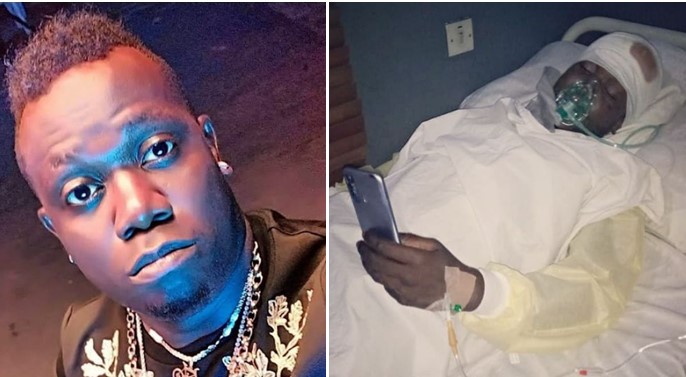 Taking to his Instagram page on Wednesday, January 5, 2022, Duncan Mighty shared a video of his badly bruised body in the hospital while thanking God for saving his life and the youths who rescued him when he was unconscious.

He wrote, “GOD bless you all for your prayers, 2nd January on our way to uyo our vehicle drove straight into the river after a trailer on a high speed failed break was the last thing i can remember,” he wrote.

“Next is seeing myself in a hospital. GOD MADE NO BE MAN MADE. To our rescuers ikwa ibom / ogoni youths GOD second-handORE AND MORE I’ve been discharged and sound. Na today i get another second hand phone 📱 I say make i cassette the good news.”

READ:  Lady Beats Up Man Who Refused To Pay Her After 'Having Fun' [Photos/Video]

KanyiDaily recalls that Duncan Mighty had narrated how some operatives of the Imo state police command allegedly beat him up and stole his $22,000 while in their custody.