President Muhammadu Buhari has arrived in Ogun for a one-day working visit to inaugurate some projects executed by the state governor, Dapo Abiodun. 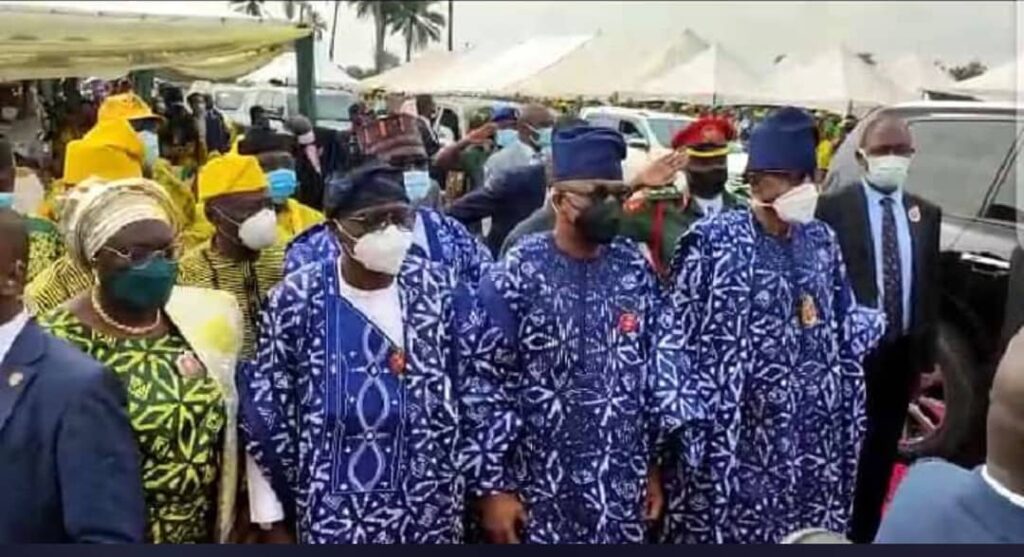 The President arrived Ogun at 11.37 am on Thursday, January 13. He was received by Abiodun, governors of Yobe, Ekiti, Ondo, and Osun states, and other top government officials at Mojoda area in the Ijebu-Ode Council Area.

Buhari, who was dressed in flowing agbada made with the popular local Adire material, immediately cut the tape for the inauguration of the 14 km Ijebu-Ode /Mojoda/Epe Expressway.

Buhari, during the visit, would also inaugurate the 42km Sagamu Interchange–Abeokuta dual carriageway, which is now renamed as the President Muhammadu Buhari Expressway.

The President is expected to inaugurate two housing estates during the visit, the 527-Unit Low and Medium Housing scheme at Kobape in Obafemi-Owode Local Government and the 83 -Unit duplexes at Kings Court Estate at Oke Mosan, in Abeokuta.

Buhari will also attend a town hall meeting where he is expected to interact with stakeholders and leaders of the All Progressives Congress in the state. He is also scheduled to hold a stakeholders’ meeting at the Presidential Lodge in Abeokuta to end the visit.

The President, during his visit, Meanwhile, the ancient city of Abeokuta is wearing a new look with the highways, bridges and other major public institutions and places being beautifully decorated as part of arrangement to add colour to the programme.

The Federal Road Safety Corps and the state traffic monitoring and control agency had closed some major roads to traffic while they created and opened up alternative routes in the state.

This comes four months after President Buhari rocked a full Igbo attire during his visit to Imo state to commission some of Governor Hope Uzodinma’s completed projects.

READ:  PDP Claims Buhari, APC Are Not Serious About 2019 Election Because They Are Planning For Rigging