Anambra State Governor-Elect, Professor Charles Soludo has revealed why outgoing Governor Willie Obiano supported him during the November 6, 2021 governorship election in the state. 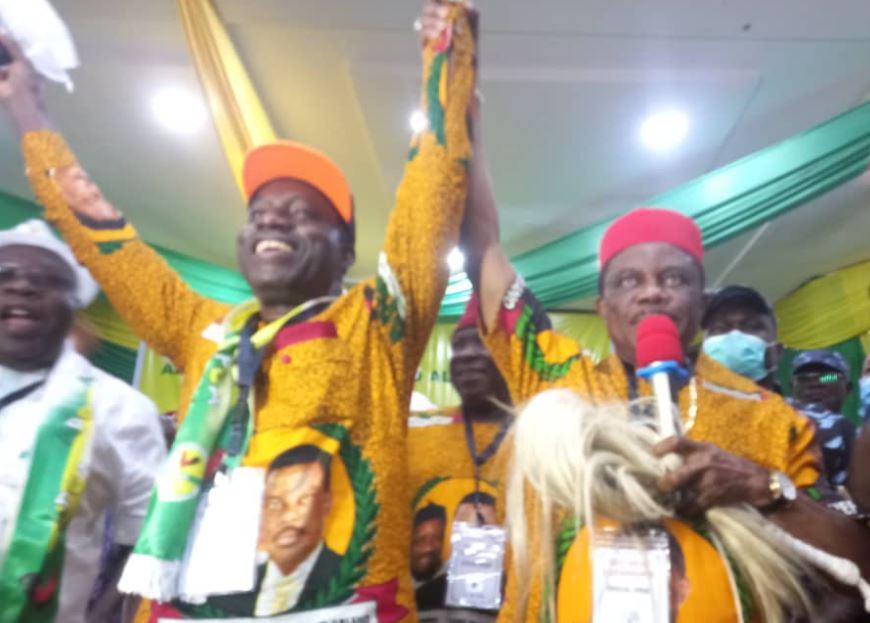 Speaking during a gathering in the Aguleri, the country home of Obiano on Monday, Soludo said the governor endorsed his governorship ambition five years ago because he was the best of all the candidates that had indicated an interest in Anambra’s top job.

He said, “Consistently all through the period, he kept insisting that the reason he was resolutely supporting me was that he believed by his own judgement, that I was the best of all the people that had shown up.

“Many of these political conversations mostly come with a litany of conditions and so on and so forth. I want to tell you publicly today that not one second was there any such.”

In appreciation of this gesture, Professor Soludo and the entire old Aguata Union presented a plaque in gratitude and an ancient traditional royal sword to the governor.

The items signify a conqueror who keeps his word no matter what may be involved.

The highly elated governor insisted that Professor Soludo would do better than him in the seat of power because of his pedigree.

Obaino said, “I was convinced that he is a very good material, I had never had a doubt,” the governor said. “I kept urging people during the election that he would do better than myself.”

“I have watched him when we were in the banking industry; I saw the type of things he was able to put together. Things that appeared impossible to some people, he was able to do it. I’m sure he also will do wonders in this assignment.”

Soludo was accompanied by the Deputy Governor-Elect, Gilbert Ibezim, other political and socio-cultural groups.

This comes two months after the Independent National Electoral Commission (INEC) declared Charles Soludo of the All Progressives Grand Alliance (APGA) as the winner of the Anambra governorship election.

Despite Tinubu’s Ambition, Osinbajo Tells Buhari He Wants To Run For 2023 Presidency