Kaduna State chapter of the All Progressives Congress (APC) has attacked a former Senator representing Kaduna central, Shehu Sani over his intention to contest the governorship seat in the state come 2023. 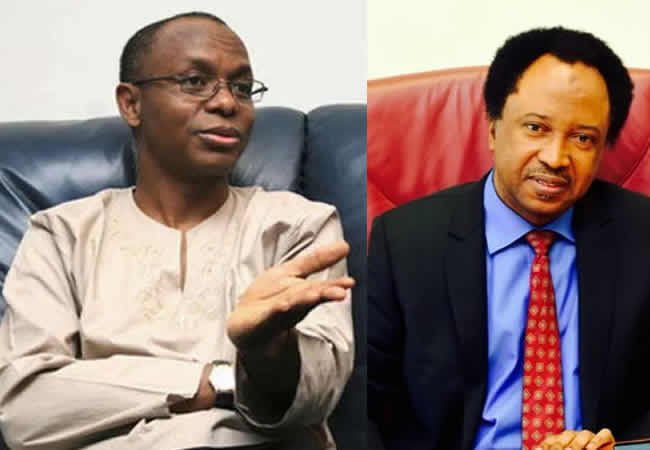 KanyiDaily recalls that Shehu Sani had announced that he will contest the Kaduna governorship election on the platform of the Peoples Democratic Party (PDP) to rescue the state from the mess that had been created by Governor Nasir el-Rufai.

Reacting in a statement on Monday, the spokesperson of Kaduna APC, Salisu Tanko Wusono said governance is “a serious activity, meant for those with a track record of serious endeavours” like that of El-Rufai, and not for “idle bloggers”.

In a statement titled, “Kaduna people will not allow nonentities to set them back,” Wusono said Kaduna deserves better than people who “remained clueless when fate handed them power”.

The statement partly reads, “Governance is a serious activity, meant for those with a track record of serious endeavours, vision, values and clear policies. It is not for idle bloggers that think that decades of scavenging off the woes of people qualifies them for leadership,” he said.

“Neither is it for persons whose record as civil servants contains no hint that they are capable of serious responsibility. It is not for persons who for two years remained clueless when fate handed them power, concentrating instead on their own vain looks and grand titles.

“This cast of characters is clear evidence that the PDP is clearly wedded to the sorry past, but the people of Kaduna State have moved on.”

READ:  US Secretary Of State John Kerry visits Sultan of Sokoto, commends him on Religious tolerance

The Kaduna APC spokesman said under the administration of Nasir El-Rufai, the state has been placed on a path to “sustainable progress”.

He said, “It is this Nasir El-Rufai APC government that on 27 May 2017 completed the Zaria Water Project that had been abandoned by two PDP governors after Governor Namadi Sambo who initiated it before he was appointed Vice President of Nigeria.”

“Phases 1 and II of the Zaria Water Project have since been completed. With Phase III, the project is being extended to supply water to neighbouring local governments, besides Zaria and Sabon-Gari LGAs who were the first beneficiaries.

“Many policies in the health sector have been centred around expanding the access of poor people to health care services.

“El-Rufai launched the revamp of 255 primary healthcare centres, equipping them with tools to aid safer delivery and reduce infant and maternal mortality.”

KanyiDaily recalls that Shehu Sani had said that Nasir El-Rufai was unfit to govern Kaduna because he is somebody with “patented venom, perfidy, and betrayal in his DNA.”

Soludo Reveals Why Obiano Supported Him To Become Anambra Governor