The All Progressives Congress (APC) is reportedly planning to pair a former President, Goodluck Jonathan, and Kaduna State Governor, Nasir El-Rufai, for the 2023 presidential ticket. 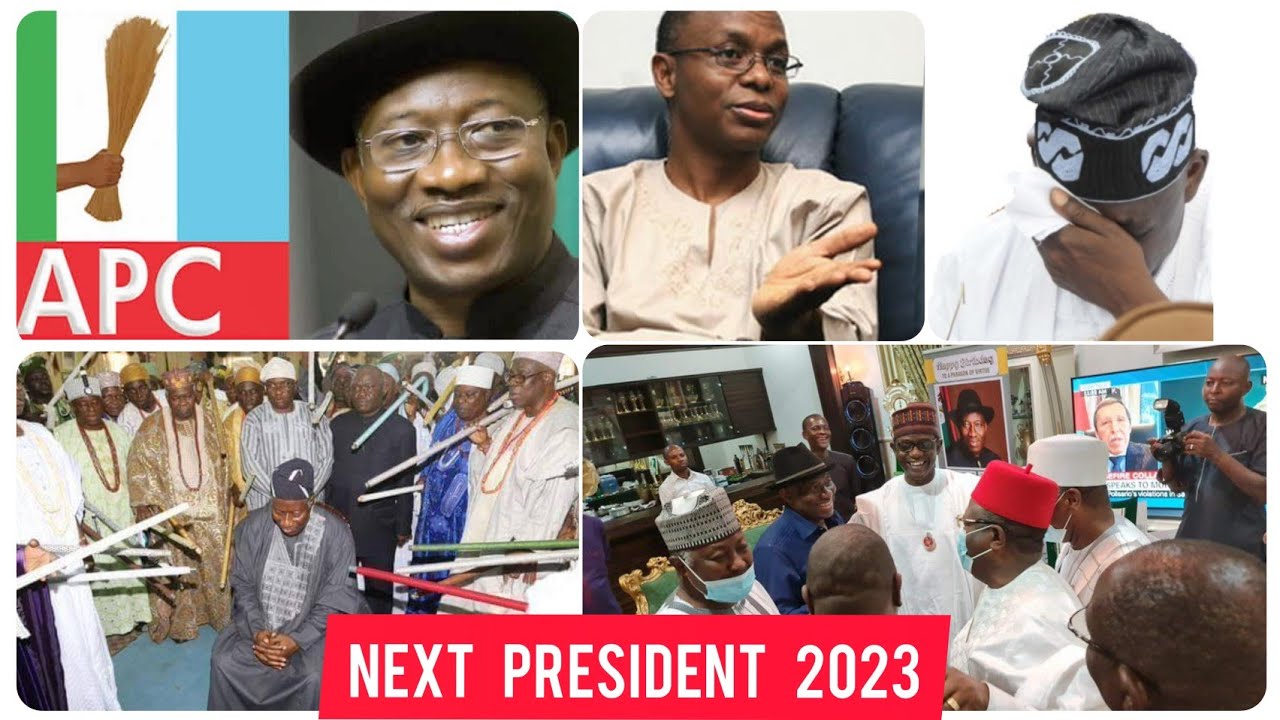 According to SaharaReporter, top sources within the APC said Jonathan is being considered foe the presidential ticket because he has a strong voice in the southern region.

El-Rufai on the other hand is being packaged to represent northern interests and later become the president when the presidency is again zoned to the North, the sources said.

“There are plans already to pair El-Rufai with Jonathan for 2023. We believe both forces are strong and have goodwill in their regions and are good for the party,” one of the sources said.

It was learnt that there had been pressure on Jonathan, to defect to the APC and run for president in 2023 on the ruling party’s platform.

READ:  APC Governors Fight, Insult Each Other During Meeting Over Direct Primaries In Abuja

Some APC chieftains, including governors, had visited Jonathan at his Abuja residence last November on his 63rd birthday.

The APC team’s visit was led by the Chairman Caretaker/Extraordinary National Convention Planning Committee, who is also the acting national chairman of the party, Governor Mai Mala Buni.

It was learnt that the visit was a continuation of the APC scheme to woo Jonathan to the party by a caucus in the party that feels more comfortable to have the ex-President in power than the national leader of the party, Asiwaju Ahmed Tinubu.

But Buni had denied that the APC was looking in the direction of Jonathan, saying, “Those peddling such information, they are afraid.

“Even if someone wants to base assumption on our recent visit to him during his birthday, we were there because of his capacity as a former President of Nigeria.

“Again, even if there is nothing when we are talking of peaceful coexistence, we must give credit to former President Jonathan on the issue of peace; how he accepted defeat in 2015 and resigned to fate. That has qualified him to be a statesman, and he is now among our fathers.”

On whether the APC would accept Jonathan should he indicate interest, Buni had said, “Even in America where we got this democracy, I’ve not seen where people are being confined to a limit.”

Sources said that Jonathan had surprised the northern elite and the APC northern cabals by his disposition to the Muhammadu Buhari presidency despite all the dirt and campaign of calumny thrown at him and the PDP before the 2015 presidential election.

It was learnt that some APC cabal had also been impressed that despite the Buhari government’s glaring failure, Jonathan had not openly criticised his successor or his administration, much unlike ex-President, Olusegun Obasanjo.

The sources said that the establishment of almajiri schools by Jonathan to reduce a large number of out-of-school children in the North also scored Jonathan good points in the eyes of the northern cabal in the APC, especially with most of it now rotting away even under a northerner as president.

“They see Jonathan as a safe option given the bias Buhari has also shown. The northern elites are afraid that when power returns to the South, the North may get a dose of how Buhari treated the South in terms of key appointments.

“The choice of El-Rufai is only natural. He has always been seen as a good northern candidate for the presidency,” a source said.

KanyiDaily recalls that last August, El-Rufai had thrown his weight behind having Nigeria’s next president emerge from the southern part of the country.

“The southern part of the country is supposed to produce the president come 2023; I don’t support a northerner to vie for the seat after President Muhammadu Buhari, based on Nigeria’s political arrangement,” El-Rufai said.

Though El-Rufai described the power shift arrangement among the country’s various regions as unconstitutional, he said it was a political design that must be respected.

“I believe that (there is) no developed country across the world that considers leadership based on where someone comes from. However, in Nigerian politics, there is an arrangement that we all believe in rotational leadership. We are aware of that, anyone who denies that is wrong,” the governor said.

As the APC mull over the Jonathan-Elrufai ticket, there are concerns on the position of Tinubu, who is reportedly eyeing the presidency.

Tinubu was considered Buhari’s running mate ahead of the 2015 presidential election before some voices in the party discouraged the APC from going with a Muslim-Muslim ticket, hence the choice of Prof Yemi Osinbajo, who was singlehandedly picked by the former Lagos State governor.

Tinubu had supported Buhari to win presidential elections in 2015 and 2019, believing that Buhari would return the favour after the expiration of his tenure in office when power would be expected to shift to the South.

However, it was gathered that Jonathan was considered a better option than Tinubu because of the latter’s “unpredictability”.

“Even among Yoruba people, Tinubu has enemies. Many people want to reduce his power and influence in the South-West; many do not like him in the North. They cannot predict Tinubu the way they can predict Jonathan. With the presidency, Tinubu will become very powerful and no one can predict what he will do with such powers.

“That is why the strategy being employed by those in support of Tinubu is to first unite people, particularly in the South-West, behind him. They know the challenge before him and understand that it will be much harder to convince other regions to support him without his region solidly behind him.

“As for Jonathan, he has been there before, so it is easy to know the kind of presidency he will produce. Jonathan cannot also spend more than four years in power since he has spent four years already, a fact that is also not lost on those scheming to have him run for the APC,” a source said.

KanyiDaily recalls that in November 2020, the APC had slammed the PDP for not being a worthy opposition, claiming Jonathan is a “progressive person” who now works for the ruling party.