Grammy award-winning Nigerian singer, Wizkid has set a new record with his album “Made In Lagos” for African music on the Billboard World Albums Charts.

Wizkid Makes History With ‘Made In Lagos’ Album

The music project which first arrived on the chart in October 2020, became the longest-charting African album on the Billboard World Album charts on Tuesday, February 22, 2022, after spending a total of 67 weeks on the charts.

In 2021, the album equaled late Afrobeat legend, Fela’s ‘The Best Of The Black President’ as the longest running album after spending a total of 45 weeks on the chart.

Wizkid has now surpassed the existing 27-year-old record on the Billboard charts initially held by the legend Cesaria Evora’s album ‘Cesaria,’ who held the record with a total of 66 weeks on the charts.

.@wizkidayo’s “Made in Lagos” has now spent 67 weeks on the Billboard World Albums chart, becoming the longest-charting African album of all time.

“Made In Lagos” had also spent 4 weeks at no1, which is also the longest time a Nigerian artiste has stayed at the no1 spot – the only other album being Burna Boy’s “Twice as Tall” which was at the top spot for 1 week.

Longest charting Nigerian albums on the billboard charts are as follows: 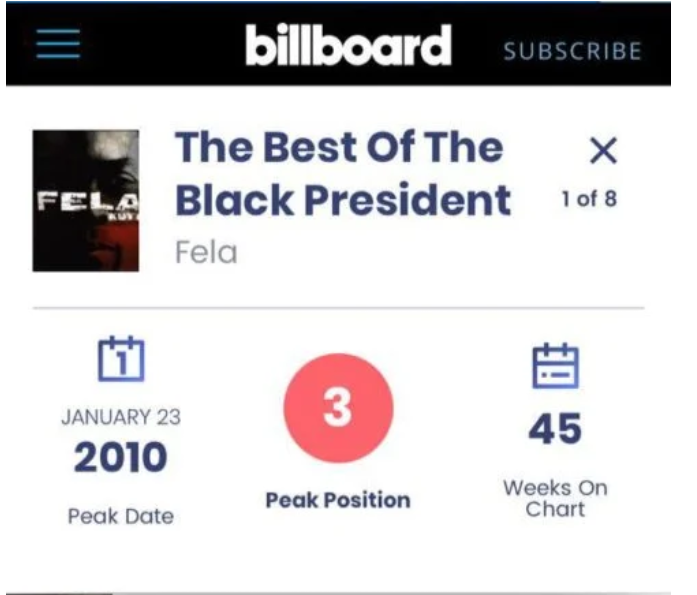 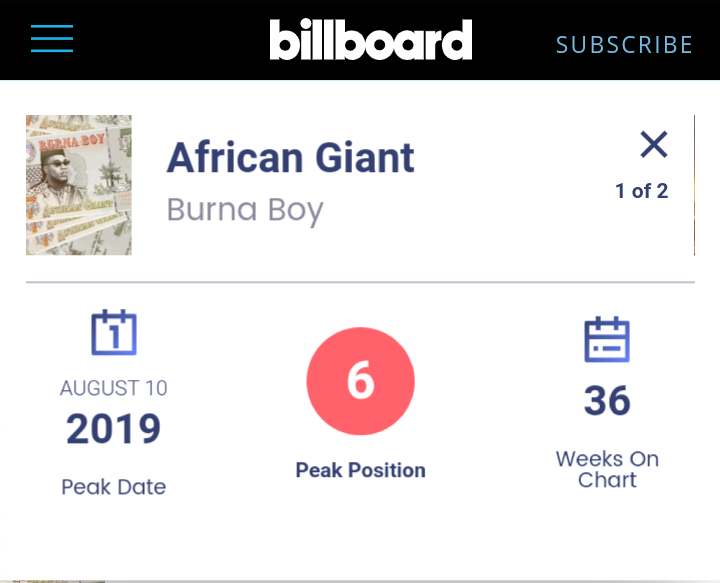 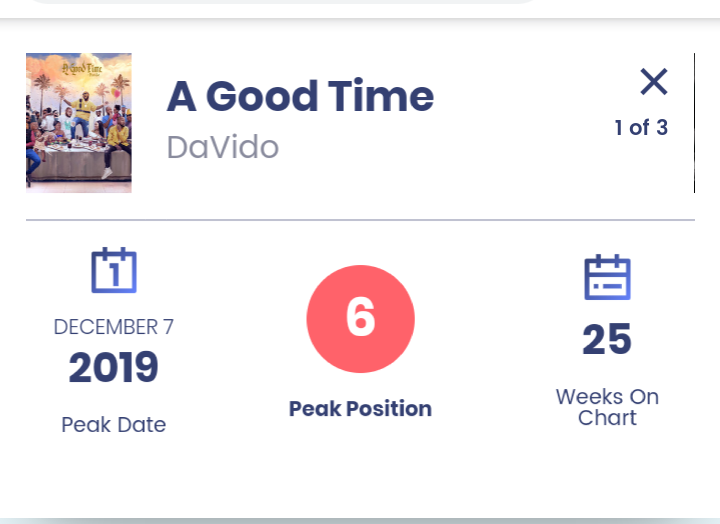 KanyiDaily recalls that Wizkid’s ‘Made In Lagos’ was nominated for the “Best Global Music Album” category for the Grammy Awards, along with Femi Kui and his son, Made Kuti, who dropped a collaborative album “Legacy +”.

“There Is Only One ‘Buju’ And He’s From Jamaica” – American Rapper, Fat Joe [Video]