Former presidential spokesperson, Doyin Okupe has been announced as the vice-presidential candidate of the Labour party (LP) ahead of the 2023 general election. 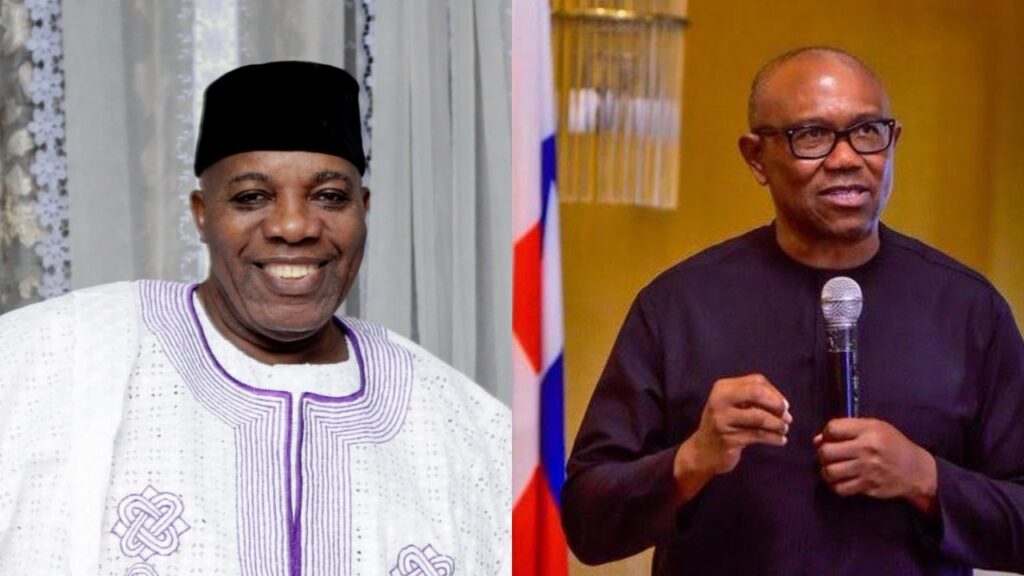 Okupe, who made the announcement on Channels Television’s Politics Today, said he is ‘standing in’ as the running mate of Peter Obi, former governor of Anambra and the presidential candidate of the party.

He will be standing in as the VP candidate in order to meet up with the June 17 deadline issued by the Independent National Electoral Commission (INEC) for parties to submit the list of their candidates for the 2023 general polls.

Okupe said, “Choosing the vice-presidential candidate is an electoral process and it does not stop until the process and schedule ends.

“INEC allows you to present a candidate and later on, if you want to substitute, you may do so, if necessary. But if it’s not necessary, you may as well continue.

“So the present situation is that we believe that this Labour party government that is essentially going to be about young Nigerians. Those of us who have been part and parcel of our sordid past must be prepared to pay the sacrifice, even the personal sacrifice, of allowing a situation we can lift our youths to positions of power and authority.

“I am willing to put down my back, so that young people can stand and come to the top.”

Okupe reiterated that Labour Party is still in consultation with other political parties outside the PDP and APC, to form a formidable third force that’s capable of dislodging the two established parties come 2023.

READ:  May God Punish Me If I Sleep With My Girls" – Edwin Okon