Labour Party has reacted to the emergence of another presidential candidate, Jude Ezenwafor, after a former governor of Anambra State, Peter Obi, was elected as the party’s flagbearer for the 2023 general election. 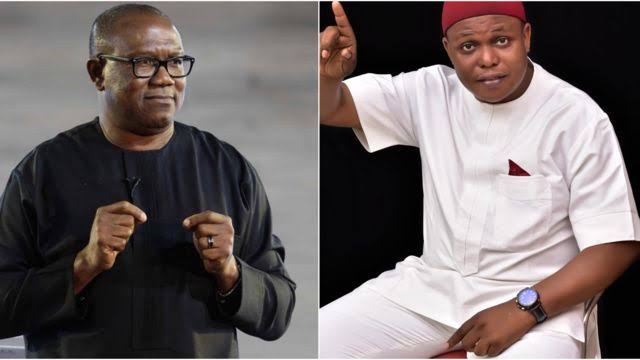 Ezenwafor, a former chairman of the Labour Party in Anambra state, was declared the winner of a presidential primary organised by a faction of the party on Wednesday.

He was declared unopposed at the party’s factional primary election held in Abuja, which was attended by the Acting Factional National Chairman, Calistus Okafor and other members of the faction.

The development comes days after Peter Obi was elected as presidential candidate of the party at a primary organised by the Julius Abure-led faction of the party in Delta State.

However, prior to Obi winning the primary, Calistus Okafor, chairman of another faction of the party, in a suit marked FHC/ABJ/CS/1636/2021, and filed before a federal high court in Abuja, challenged the legality of the Abure-led faction.

In a ruling on May 30, Inyang Ekwo, the presiding judge, ordered that the LP and some of its executives be served with a fresh suit challenging the party’s leadership, after which the matter was adjourned till June 30 for further mention.

Speaking on the controversy during an interview with Arise TV, Abure admitted that there’s a lawsuit on ground, but insisted that it’s nothing serious as lawyers of the party are handling the case.

He further stated that the factional chairman only tried gaining public attention with the emergence of Peter Obi as his faction’s presidential candidate.

Checks on INEC’s official website showed that Julius Abure and Umar Farouk were recognised as the Labour Party’s national chairman and secretary; Akingbade Oyelakin as the national legal adviser.

KanyiDaily recalls that the Independent National Electoral Commission (INEC) has given all political parties till June 9 to conclude on their primaries.

Inside The Niger Delta: How Governor Okowa Begged Akugha Over APC Membership