The Independent National Electoral Commission (INEC) has revealed that sensitive election materials will no longer be “routed” through the Central Bank of Nigeria (CBN). 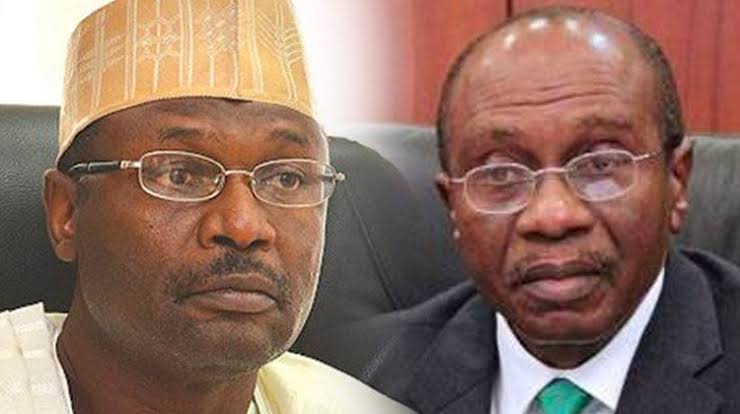 The chairman of the commission, Mahmood Yakubu, disclosed this on Saturday,at an election dialogue, ‘The Electorate’, organised by Enough is Enough (EiE).

Many Nigerians have raised serious concern about the sanctity of Elections materials kept with the CBN, after reports emerged the CBN governor, Godwin Emefiele, may be interested in contesting for the 2023 presidency.

Speaking during the event, Yahubu said INEC has never had an issue with the CBN since the partnership started, but due to “current circumstances”, an alternative will be found.

The INEC Chairman said new measures would be adopted as early as the June 18 governorship election in Ekiti state.

He said: “Logistics in an election is much wider than the movement of sensitive material for the election. Take the case of Ekiti for instance, all non-sensitive materials have been delivered to Ado-Ekiti and they are in all the LGAs of the state.

“But sensitive materials are usually delivered on behalf of the commission by the Central Bank of Nigeria. (CBN) which are inspected in the presence of the bank and then moved out by our own officials.

“I want to say that since INEC started this collaboration with the CBN, we have never experienced a single issue with the movement of materials. The agency has been such a good partner to the commission.

“But we appreciate the current circumstances, and it is for that reason, pending the time we find an alternative, the materials for the Ekiti election will not be routed through the CBN.

KanyiDaily recalls that the INEC had warned of serious implications should the CBN Governor, Godwin Emefiele proceed with his presidential ambition.

“Lung Cancer Killed My Wife, I’m Suffering For What I Do Not Know“ – Osinachi Nwachukwu’s Husband Cries Out (Video)