The Nigeria Police Force Federal Capital Territory Command has disclosed that it is currently investigating the incident that resulted in the death of a man in Lugbe, Abuja over alleged blasphemy. 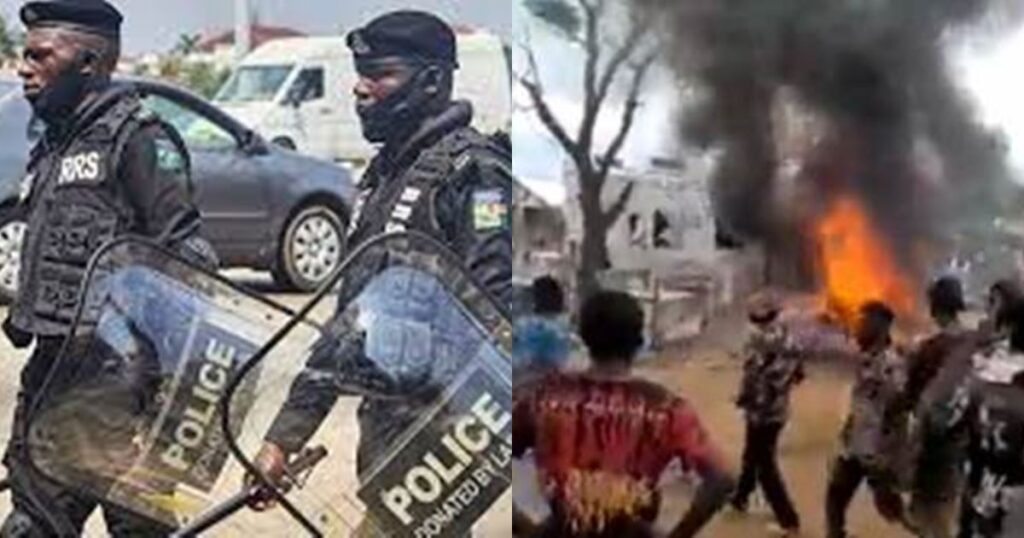 KanyiDaily recalls that a member of a vigilante group was stoned and burnt to death over an alleged blasphemous comment he made against Prophet Muhammad on June 4th.

The Police on their part have now identified the victim as Ahmad Usman; a 30-year-old man.

The Command’s Public Relations Officer, Josephine Adeh, gave an update as regards the heinous act on Saturday, 4th June while stating that the command has commenced investigations into the killing.

“Normalcy has since been restored to the area concerning the situation while monitoring, and surveillance of the area continues.

“Residents are, however, urged to go about their lawful duties without fear or apprehension of any kind from any quarters as discrete investigation continues to unravel facts surrounding the ugly incident and to effect the arrest of the perpetrators therein.

“We understand that one Ahmad Usman a 30years old member of the local vigilante around Tippa garage at Federal Housing Estate in Lugbe Area of the Federal Capital Territory got into an argument with a Cleric (Mallam) whose name is yet unknown from the same area.

“The heated argument degenerated into an outbreak of violence that led to the murder and setting ablaze of Ahmad Usman by the enraged mob mobilized by the clergy numbering about two hundred”.

The police also stated that its officers intervened and that they were able to stop the violence from escalating.

“Upon the receipt of this information, a quick intervention team comprising of The Surveillance and Ambush team of the Command attached to the Lugbe Divisional Police Headquarters was drafted to the scene where the enflamed victim was rescued suffering severe degrees of burn and taken immediately to the hospital where he was confirmed dead by a Doctor on call.”

The Commissioner of Police, Babaji Sunday, while speaking also kicked against the increasing rate of jungle justice in the country.

“We’re outrightly against jungle justice. The law is against, and adequate sanctions will be meted on subscribers of this crude and dastardly act,” Sunday said.

In other news, a crypto investor, Bitcoin Chief has promised to give N10M to facilitate Peter Obi’s campaign and mobilisation.

“In The Space Of 3 Weeks, 2 Nigerians Were Burnt To Death For Blasphemy” – Reno Omokri Laments