Jude Ezenwafor, the factional presidential candidate of the Labour Party, has reportedly withdrawn from the contest amid the controversy trailing his emergence. 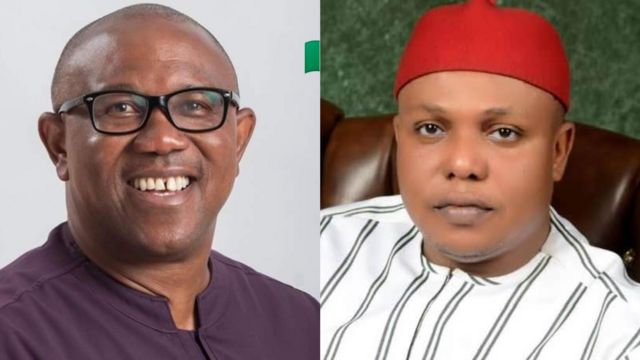 KanyiDaily had reported how Ezenwafor emerged as the presidential candidate of the Labour Party after Anambra former governor, Peter Obi, was elected as the party’s flagbearer for the 2023 general election.

Barely 24 hours after he clinched the factional presidential ticket of the Labour Party, Ezenwafor has announced his decision to step down for Peter Obi.

In a letter conveyed to the national leadership of his faction, Ezenwafor said that his decision to withdraw was personal and appealed to his supporters to understand him.

The letter reads, “I hereby withdraw from the forthcoming Presidential Election in 2023. After consulting my supporters Nationwide, I decided to withdraw for personal reasons.

“I regret any inconvenience my withdrawal might cost our great Party. I thank the leadership of our great Party for giving me the opportunity to serve Nigeria”.

Checks on INEC’s official website showed that Julius Abure and Umar Farouk were recognised as the Labour Party’s national chairman and secretary; Akingbade Oyelakin as the national legal adviser.

KanyiDaily recalls that Peter Obi was elected as presidential candidate of the Labour Party at a primary organised by the Julius Abure-led faction of the party in Delta State.

READ:  Despite Protest, Lagos Lawmakers Insists Governor Ambode May Be Impeached Unless He Explains Himself

Inside The Niger Delta: How Governor Okowa Begged Akugha Over APC Membership