A Nigerian businessman identified as Kingsley Ezeh has allegedly been killed by members of the Johannesburg Metropolitan Police Department (JMPD). 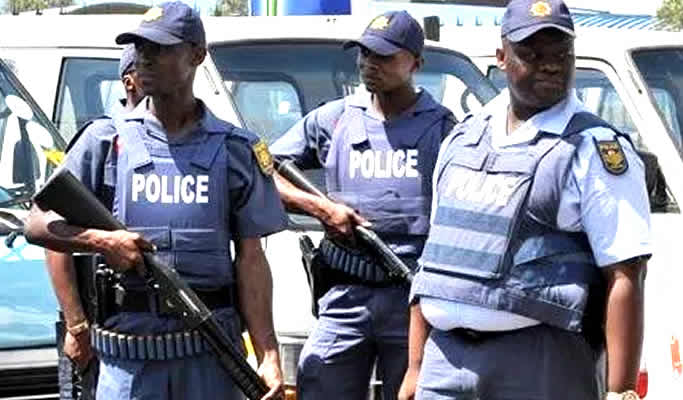 The President-General of Nigerian Citizens Association South Africa (NICASA), Benjamin Okoli disclosed this during an interview with the News Agency of Nigeria (NAN) on Thursday,

According to him, members of the JMPD had invaded Ezeh’s tyre shop in the late evening of Tuesday,  January 4, where he was allegedly manhandled in the course of extracting information from him.

He alleged that the deceased was choked by police officers which eventually led to his death.

Okoli said Ezeh was going about his business when metro police officers with an unmarked black-BMW vehicle arrived with his brother that they arrested earlier at a different location.

READ:  Woman Caught Breastfeeding A Giant Snake While Calling The Names Of Her Enemies

The NICASA boss said, “What led to the death of Ezeh on January 4, remains a mystery which will be unravelled by police investigation.

“The shop is fitted with a CCTV camera, which we believe will be instrumental and helpful in unravelling the case.

“From indication and the brother’s account, they choked the deceased for several minutes, at the same time asking him to vomit what they assumed he had swallowed; the choking caused asphyxiation.

“Two other Nigerians in the area had allegedly accused same group of Metro Police officers of attacking them only few months ago using plastic bags to cover their heads and they almost died.

“Both Nigerians maintained that nothing was found on them at the time of the attack against them; the police stopped them while driving, after searching their cars and found nothing, insisted on extorting them certain amount.”

According to him, when they refused to pay the bribe, they were attacked and almost died with the plastic used to suffocate them by the said Metro officers.

They also alleged that the Metro officers stole their cell phones and cash.

“We are currently discussing with these two Nigerians, to see how we can add their case to this death as evidence of a pattern of attack by these group of Metro Police against Nigerians.

“The Metro Police had claimed that the late Ezeh ingested substance they suspected is narcotic when they came into his shop and they claimed he had suffocated by the substance he ingested.

“Paramedics were called to the shop where he was confirmed dead on the scene; the leadership of NICASA monitored the situation and ensured that protocols are followed to secure evidence,” he added.

He noted that Ezeh’s death could be considered an unnecessary and systemic xenophobic way of killing Nigerian nationals by the members of the South African police.

He further said that if Ezeh was a criminal but not conceding to it, the police could have arrested and prosecuted him, adding that such death was among many, whereby Nigerians were arbitrarily killed without justification.

He, however, appealed to the Nigerian community to remain calm, while the association awaited the result of the post mortem, in the bid to follow up the case to a logical conclusion.

Mr Ezeh, a native of Oduma, Aninri Local Government of Enugu State, is survived by his wife and children.

KanyiDaily had also reported how a South African Police Constable, Austin Luciano Reynold, who robbed and killed a Nigerian man, Emeka Emmanuel Okoli, was sentenced to 32 years in prison by a Durban High Court. 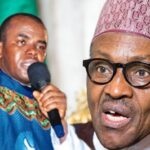 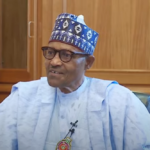