The General Overseer of Salvation Ministry, Pastor David Ibiyeomie has described those who fail to remit their tithes to church as criminals, stressing that theIr offence is punishable. 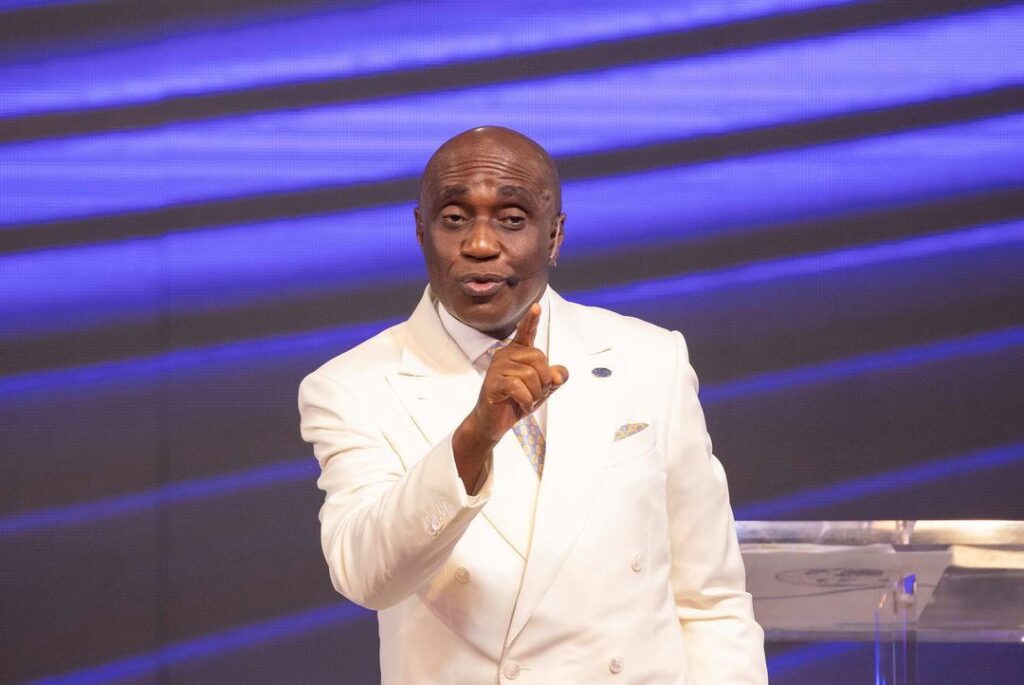 Speaking at the church’s service in Port Harcourt on Sunday, the cleric said that some Christians experience “near success syndrome” because of their reluctance to pay tithes.

Pastor Ibiyeomie, who likened tithing to payment of tax to the government, said remitting 10 percent of all incomes to church is compulsory and failure to do such is a punishable offense.

He said, “Tax is the government’s share, so you don’t say I want to give the government my tax, you say you want to pay tax, that is how tithe is God’s own. Leviticus 27:30. God is the owner of the tithe. So, what do you do?

“You pay, it’s only in Nigeria you don’t pay tax and they can leave you, in the Western world it is a big criminal offence, if you don’t pay tithe, you are a criminal, your offence is punishable, tithe is simply one-tenth of your income, 10 per cent of your income goes to God.

“Many deliverance ministries, they just go for deliverance, this is the problem, they don’t pay tithe faithfully. Yet, they will say anything I want to do, when it is about to click it will just go off.

“It is near success syndrome. Correct it from tithing, don’t correct it from seven days deliverance. Hear this, tithe must be paid first otherwise the curse will remain,” he added.

KanyiDaily recalls that Pastor David Ibiyeomie had recently placed a curse on Yahoo boys and policemen who are helping internet fraudsters in the country.