Nigerian film producer, Ifan Michael has opened up about his traumatic upbringing which saw him being sexually abused by his guardian at age of 10. Ifan Michael Narrates How He Was Sexually Abused

During an interview with media personality, Chude Jideonwo, the filmmaker said he was forced to leave Port Harcourt where his parents resided at age 10 after they separated.

Michael said he first made for Enugu before proceeding to Lagos after a movie marketer promised him an opportunity.

He said he was stranded in Lagos after the said marketer became unreachable on his arrival in the state, and this led to him squatting at a brothel with a call girl who had offered to take him under her wings.

The filmmaker said, “I knew I was diving into an industry that is very tough and I’d have to push in. I came into Lagos at the age of 10. I never had anyone at the time. I started living with a call girl named Chidinma. She had a place in Surulere.

“It was in Babajide, a call centre for runs girls. She took me in because I was Igbo. I explained my situation and she felt she could take me under her wings. Yes, I grew up in a brothel. She does her job in the morning and afternoon.

“Most times, I slept late at night because she’s busy doing her stuff. She was good to me and had others she was also helping. I was with her for almost a year. Trying to find a home, I stayed with a man who sexually abused me.”

Micheal said he later had to move out of the brothel after Chidinma’s employers questioned her relationship with him.

He said he later moved in with a barber, identified as Bros Ubi, who took him in but started abusing him sexually.

“I was 10. Chidinma had started having some sort of harassment because she was lobbying me into her room after her day-to-day. It was looking like, ‘why are you having this boy here. It’s supposed to be a girls’ camp?’” Ifan said.

“They started wondering if she was sleeping with me because I was younger and it was a brothel. I saw the emotional trauma she was getting for harboring me. I thought it was best that I left. I met this movie marketer.

“I was in Enugu when I met him. He made me come to Lagos. He told me I had a beautiful movie story. On my way to the national there, I got to Lagos and his phones were switched off. At that point, my parents had separated.

“I lfet them in Port Hacourt to Enugu. In Enugu was where I met the marketer. The only place I had was Winnies Hotel, where movie casts always hang out. It was in Surulere. It was in that vicinity I met Chidinma.

“I later met this barber named Bros Ubi in whose house I moved. He allowed me into his house with the condition of being able to have stuff. He was in his 30s. He said he was going to sleep with me. I had nowhere else to go.”

READ:  Cardi B Testifies She Was 'Suicidal & Depressed' After Being Accused Of Prostitution

Ifan, while narrating how he was also thrown out at midnight for telling on his guardian, said he later fell victim to physical assault on the streets of Lagos where he passed the night in an experience that left his back scarred.

“I couldn’t have known it was assault. I thought of him as a saving grace at the time but I did tell the girl to stop sleeping with him. She reported to him and I got chased out of the house at 12 am.

“That was how I met OPC guys who flogged me thinking I was a thief. I had a scar on my back.”

KanyiDaily recalls that BBNaija star, Thelma Ibemere had also taken to social media to recount how a relative maltreated and attempted to infect her with HIV when she was a kid.

READ:  Childless Wife Kills Husband Over Allegations Of Having Children Outside Their Marriage 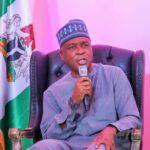