Former Big Brother Naija housemate, Thelma Ibemere has taken to social media to recount how a relative maltreated and attempted to infect her with HIV when she was a kid. 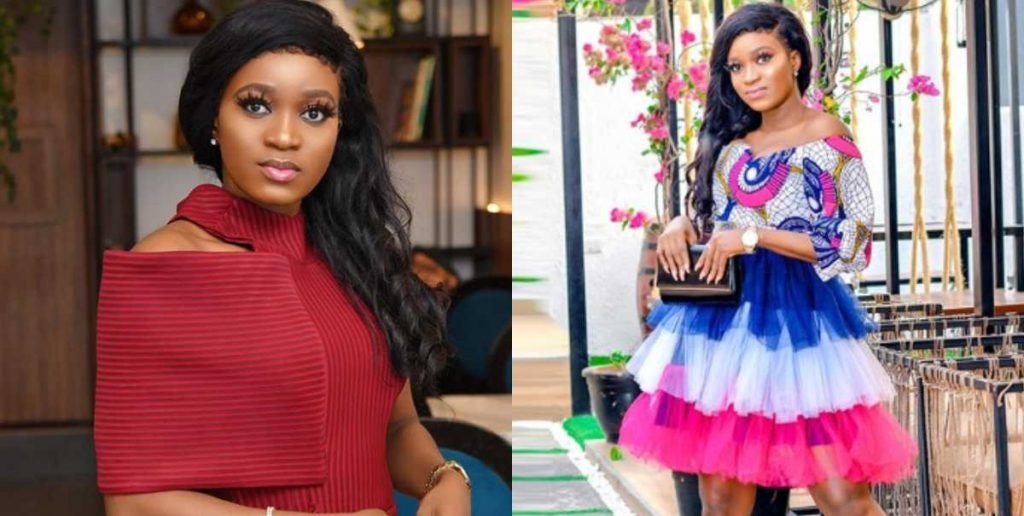 In a post shared on her Twitter page, the reality star alleged that she was living with a relative and her husband, who always flogged her with a horsewhip for no apparent reason.

Thelma also claimed that the woman spat into her mouth on one of those days she was being flogged with the intent of infecting her with HIV/AIDS.

The movie star recalled how God used a woman who travelled down to the village to inform her mother of the maltreatment she was being subjected to.

READ:  Bobrisky Finally Meets Elderly Fan And Her Grandson, Vows To Lift Them From Poverty [Video]

She wrote: “Years ago when I was a kid staying with a relative of mine, she was married and was living with her husband but no child.

“This woman would flog me koboko in the night for no reason and the husband would wake me up with koboko in the morning telling me it’s his turn.

“2 things I can’t forget: How she flogged me one day and spat into my mouth. How God used a woman from my place to save me by traveling home to tell my mum to come to carry me before I die.

“Long story short. A few weeks after I left, the woman died, and afterward, the man died too.

It was said that they were both living with HIV and AIDS and that woman wanted me to contract it by spitting into my mount but God said NO! I don’t know where they are now but I forgive them.” 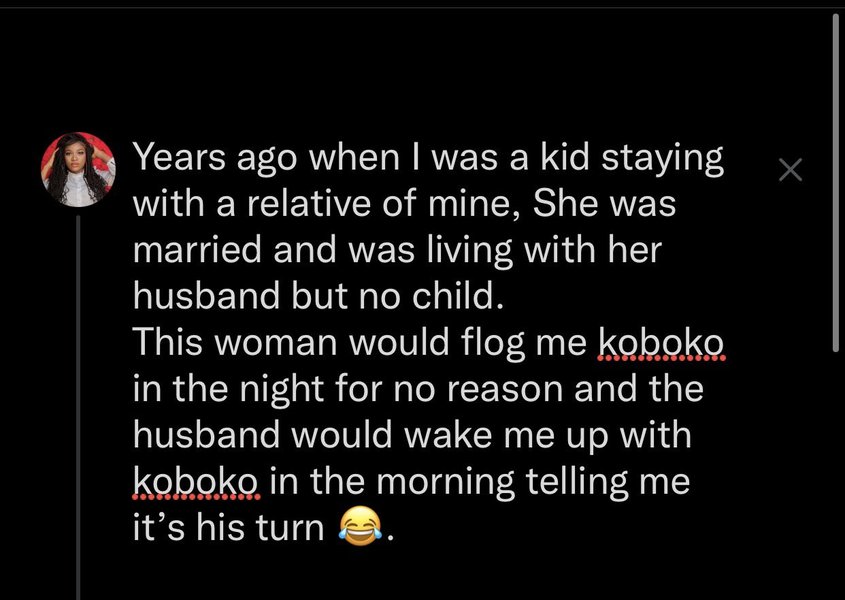 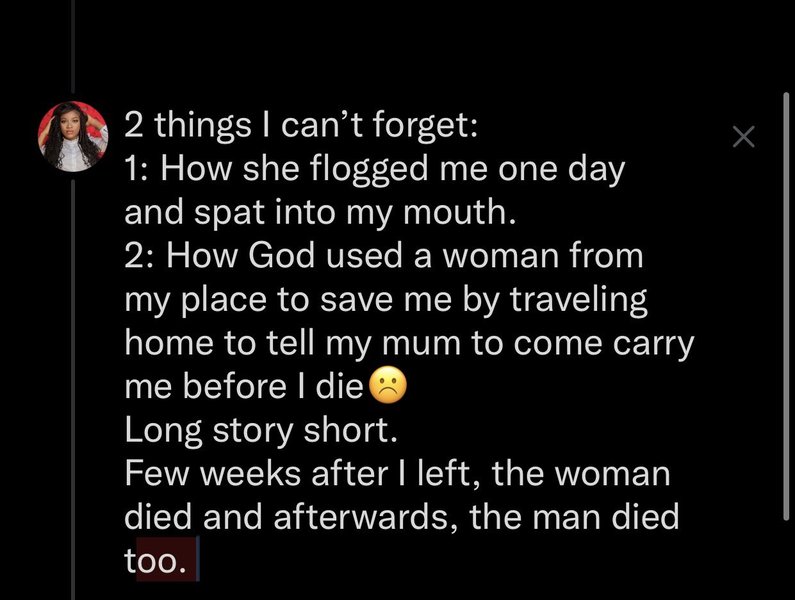 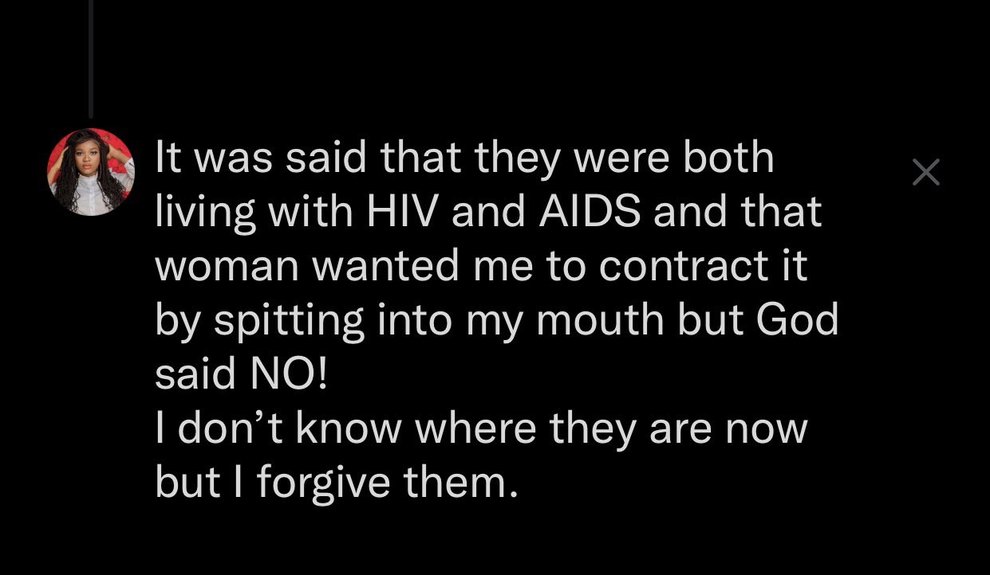 KnyiDaily recalls that Thelma Ibemere had declared that her future husband will have to pay her bride price twice because she’s still a virgin. 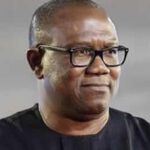 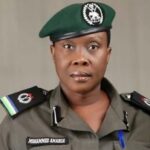