Ex-BBNaija star, Tega Dominic has lamented over the non-stop criticism she has been getting after she left the house. 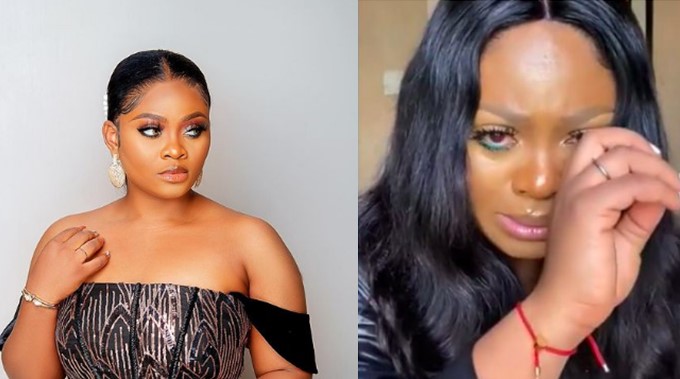 Former Big Brother Naija housemate, Tega Dominic has taken to social media to lament that she’s done with being judged constantly over her actions at the BBNaija house.

KanyiDaily recalls that before she was evicted from the BBNaija show, Tega got romantically involved with fellow housemate, Boma Akpore, and they were filmed having sex under the duvet despite being a married woman and a mother to one.

Although both housemates have insisted that their actions were scripted, many fans and viewers have continued to criticize Tega for disrespecting her home as a married woman and engaging in sexual affairs with another man on national TV.

Taking to her Twitter page on Tuesday, the mother-of-one said that even though she’s not perfect, she’s mentally exhausted and done with the negativity.

KanyiDaily recalls that Tega Dominic had recently reunited with her husband, Ajeboh Krislawrence, following her misconduct at the BBNaija house.