The 37-year-old Reality TV star and mother of three, Kim Kardashian who married rapper, Kanye West in 2014 – with whom she has North, five, Saint, two, and Chicago, eight months –  has said that before she met Kanye, her whole life revolved around being in the spotlight, but now she has learned the value of ‘privacy’ because of her marriage.

Keeping Up With The Kardashians’ fans will know that pretty much every aspect of her life has been shared on the E! series including break-ups, divorces, celebrity feuds, and more drama than Kris Jenner can shake a stick at.

She made this known while appearing on an episode of the new program, “The Alec Baldwin Show”, she said that before she met Kanye, her whole life revolved around being in the spotlight. She said:

Kim Kardashian that meeting the multiple Grammy award-winning rapper, completely helped her perspective change as he taught her how to value her private life, as he likes to keep to himself when he isn’t working.

“It started with Kanye. His work life is very public, but then when he was off, he was very private.”

“I was – everything had to be public for me back then.”

“Now it’s, where can I go on vacation where nobody will see us? All I want is privacy. I never thought that I would be at that point.” 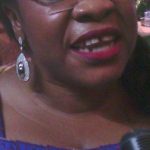 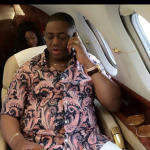