Popular American rapper, Kanye West, has officially responded to the divorce filing of his wife, Kim Kardashian, to end their six and half years of marriage. 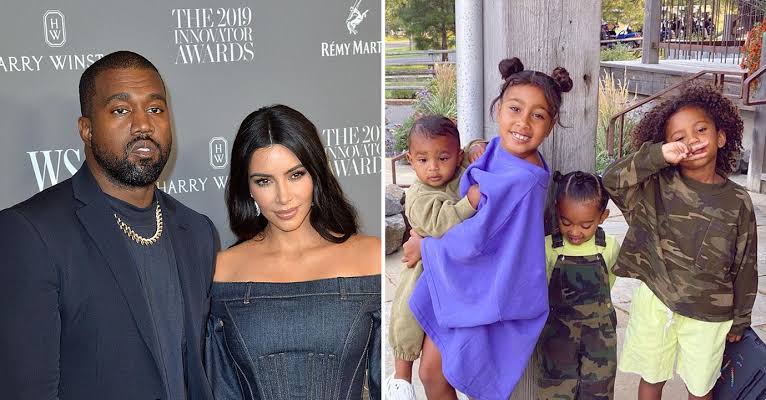 KanyiDaily recalls that that Kim Kardashian, 40, had finally filed for divorce from Kanye West, 43, on Friday, February 19, 2021.

According to documents, Kim has requested joint legal and physical custody of their four kids, and cited “irreconcilable differences” as the reason for their split.

Kanye has agreed with Kim that they should have joint custody of their four children and neither of them need spousal support, according to new divorce documents.

And just like Kim’s filing, West said they kept their property separate throughout their marriage because of the terms of a pre-nuptial agreement.

READ:  Tega Apologizes To Her Husband After She Had Sεx With Boma On BBNaija TV Show [Video]

West and Kardashian have two daughters – North and Chicago, age seven and three respectively- and two sons – Saint, five, and Psalm, who turns two next month.

The divorce filings bring an impending end to one of the most recognised and followed celebrity unions in recent decades, and the couple are both hugely successful in their own right.

KanyiDaily recalls that the divorce rumors had popped up in July 2020 when Kanye tweeted that he was seeking a split from Kardashian over an alleged encounter between her and rapper, Meek Mill.

The popular rapper later apologized for going public about his unhappiness with the reality star, but the ordeal reportedly left Kardashian “furious.”