In the court documents filed on Wednesday, February 23, the mother of four made her desire to be divorced very clear in the 155-page file, saying it would help her estranged husband to accept that their marriage is over.

The 41-year-old reality star said she asked the rapper to keep their divorce proceedings out of the public eye “but he has not done so” and caused her “emotional distress” with his social media posts.

Kardashian, who also revealed why speeding up the divorce proceedings is so important to her, pleaded with the judge to restore her status to a single person to “begin the healing process” and “move forward.”

She argued that further delaying the divorce “will only create further tension and anxiety” between her and the 44-year-old rapper who she accused of attempting to “rewrite the terms of the parties` prenuptial agreement.”

The court document reads, “Since filing for divorce, Mr. West, by his actions, has made it clear that he does not accept that the parties’ marital relationship is over.

“Mr. West has disseminated on social media the parties’ private communications and misinformation about personal family matters and co-parenting, which has caused emotional distress.

“Terminating marital status should help Mr. West to accept that the parties’ marital relationship is over and to move forward on a better path which will assist in peacefully co-parenting the parties’ children.

“I very much desire to be divorced. I have asked Kanye to keep our divorce private, but he has not done so. Kanye has been putting a lot of misinformation regarding our private family matters and co-parenting on social media which has created emotional distress.

READ:  Only Rihanna Would Do This And Still Look Sexy

“I believe that the court terminating our marital status will help Kanye to accept that our marital relationship is over and to move forward on a better path which will assist us in peacefully co-parenting our children.”

The former celebrity couple has both moved on with new relationships. West dated Julia Fox for six weeks, while Kardashian is currently seeing Pete Davidson. 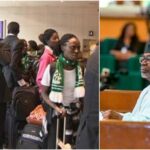 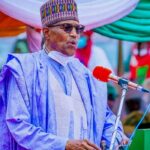