Founder of Marlian Records, Naira Marley has secured the release of his signee, Zinoleesky, from the custody of the National Drug Law Enforcement Agency (NDLEA). 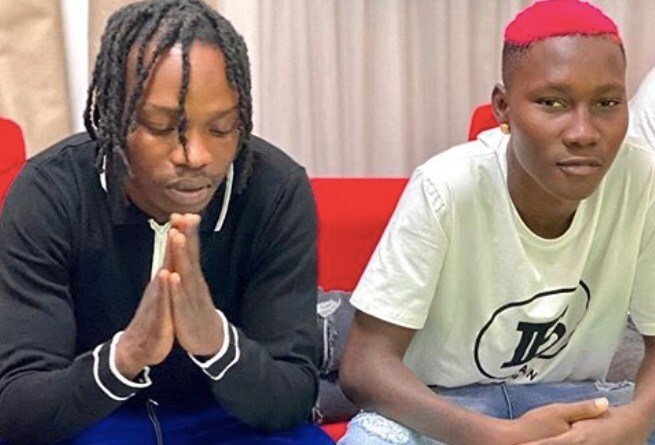 KanyiDaily had reported how Zinoleesky was arrested with another Marlian Music signee, Mohbad, by NDLEA operatives who raided their apartment in the early hours of Thursday, February 24.

Femi Babafemi said the two fast-rising musicians were arrested “after some quantities of Cannabis and Molly were recovered from their apartment and car.”

On Thursday night, Naira Marley who wasn’t in Lagos at the time of the arrest, revealed that Mohbad had been released, while Zinoleesky was remanded in custody.

Femi Babafemi confirmed on Friday evening that the six arrested suspects including Zenoleesky have been granted administrative bail.

It was gathered that the six persons are to return to the NDLEA office on Monday as investigations into their drug-related matter continues.

Meanwhile, a video circulating on social media shows the moment Zinoleesky was heading home with Naira Marley, who returned to Lagos on Friday morning.

Zino and other brothers are free
Thank You NAIRA MARLEY 💪💪#mohbad pic.twitter.com/AVg60rrS35

READ:  Joseph Yobo's Inlaws Angry With Him, Accuse Him Of Not Marrying Adaeze Traditionally

Meanwhile, another fast-rising Nigerian singer, Portable has reacted to Zinoleesky and Mohbad’s arrests, threatening to use charm on any NDLEA offer who comes to raid his house in search of drugs.