The National Drug Law Enforcement Agency (NDLEA) has arrested two fast-rising singers, Zinoleesky and Mohbad, during a midnight raid in their apartment in Lagos. 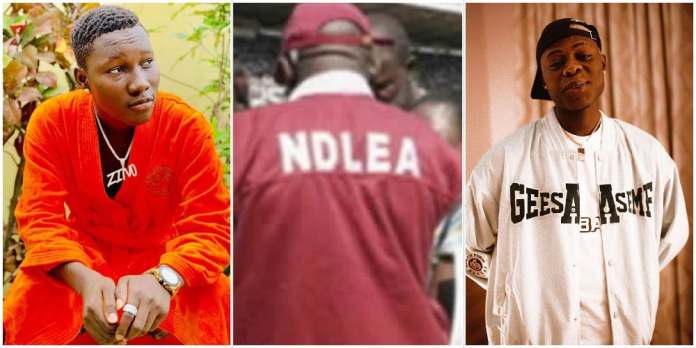 Zinoleesky And Mohbad Arrested By NDLEA

It was gathered that NDLEA officials broke into the residence of the musicians in the middle of the night, without having any search warrants, and arrested them including some ladies.

A video circulating on social media shows the moment Zinoleesky and Mohbad were being harassed and manhandled by the men of the agency who were trying to put the two artists in handcuffs.

Other individuals in the neighborhood also put up resistance as they demanded an arrest warrant from the officers which resulted in a struggle between residents and the NDLEA.

An eyewitness, Mummyys Gyal, who went live on Instagram, said the NDLEA officials manhandled everyone in the neighborhood, especially the ladies who were with the two artists.

READ:  Masterkraft Calls Out The Headies For Ignoring His Contribution To Music Industry

When contacted by TheCable, NDLEA spokesman, Femi Babafemi, confirmed that drugs were recovered from the two artists who were arrested during a raid in the early hours of Thursday.

He said, “Our men raided an area in Idado estate where Bịara Market boys stay. Some quantities of Cannabis and Molly were recovered from their apartment and car.

“Six persons were arrested in all. Two females and four males.”

Marlian records, where the two artists are signed to is yet to release a statement.

READ:  Chloroquine: All The Fuss Behind Coronavirus Is A Scam, It’s Just A Malaria Lung Flu – Slimcase

Hope this #NDLEA bursting houses In Nigeria is put to stop#zinolesky#nairamarley#mufasatundeednut#zinoleesky pic.twitter.com/72833VD76A

Over 10 people are reported to have been arrested pic.twitter.com/qF0xG250nG

Hope this #NDLEA bursting houses In Nigeria is put to stop#zinolesky#nairamarley#mufasatundeednut#zinoleesky pic.twitter.com/72833VD76A

This #NDLEA people are not joking, they rough handle #zinoleesky #mohbad pic.twitter.com/DU16xl2tap

Mohbad and Zinoleesky’s arrest comes a month after a comedian, De General was apprehended in another house raid and charged with three counts of trafficking tramadol and cannabis sativa. 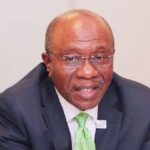 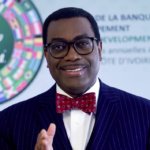