Nollywood actor, Yul Edochie has taken to social media to share a video of himself inside a coffin, claiming that he’s shooting a romantic movie after the Federal Government ordered filmmakers to remove money ritual scenes from their contents. 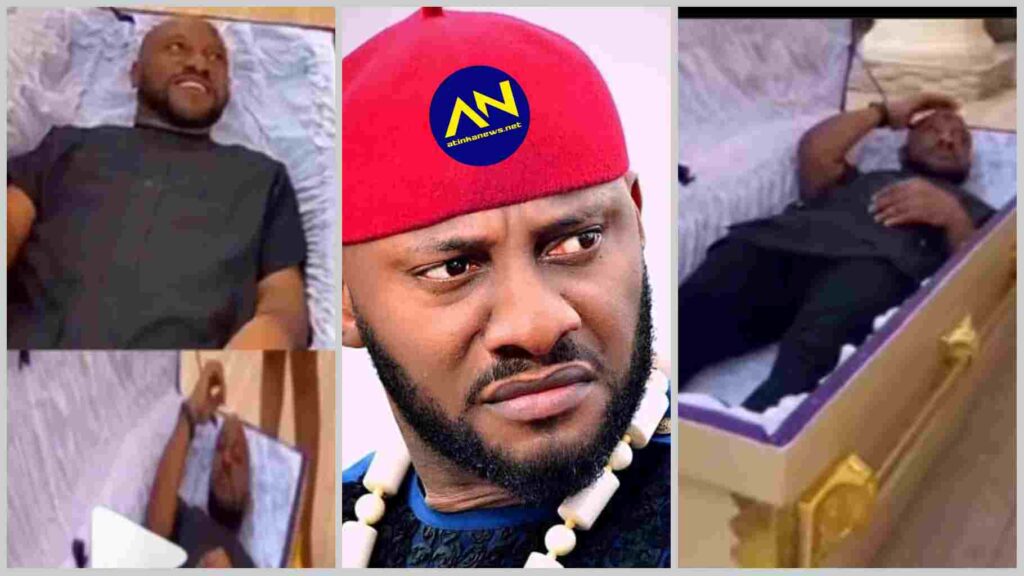 In a video shared on his Instagram page, the actor who seems to be on a movie project assured his fans and the general public that he was shooting a romantic film and not a movie with ritual scenes.

Edochie, who could be seen lying inside a coffin, said it is his own way of proposing to his girlfriend in the romantic movie that he’s working on.

He noted that he’s trying to clarify before someone reports him to the Minister of Information, Lai Mohammed, that he’s shooting a ritual film.

Sharing a video of himself inside a coffin box, the actor wrote; “Una say no more Ritual film abi? no wahala. I don enter romance, in my own way. Una go hear am for my hand. Take a look.”

KanyiDaily recalls that Lai Mohammed had recently revealed that the federal government would soon commence a national sensitization campaign against ritual killings in the country.