One person has been killed and many others injured in a fire incident that occurred on Friday at the Kalari Muna El Badawy internally displaced persons (IDP) camp in Borno State. 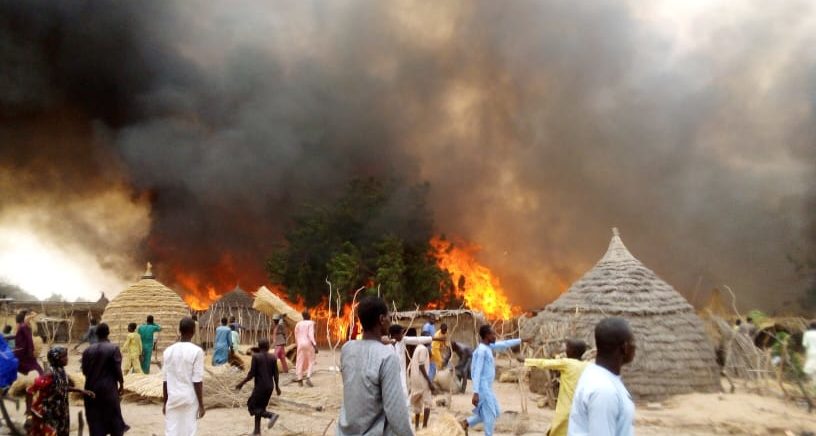 It was gathered that the fire which emanated from a cooking point around 1 pm before the Juma’at prayers, injured 17 people and razed down over 100 homes of the IDPs, rendering many homeless.

The Information Officer of the National Emergency Management Agency (NEMA), North-East Zonal Office, Abdulkadir Ibrahim in a press statement on Friday said, confirmed one person dead with an unspecified number of IDPs injured.

He said: “Update on fire incident at Kalari Muna Elbadawy camp Maiduguri. One person died with an unspecified number of internally displaced persons injured. The fire service were on hand and brought the situation under control.

“The fire is believed to be caused by cooking fire from one of the shelters. Officials of NEMA, BOSEMA, Nigerian Red Cross and other stakeholders have administered first aid to the injured victims. Time of incident 1:30pm. Over one hundred shelters destroyed.”

KanyiDaily recalls that in 2020, 14 persons were also confirmed died in a fire outbreak at an internally displaced persons (IDPs) camp in Ngala local government area of Borno state.