Despite claims that the 6,779 metric tons of rice donated by the Chinese government a year ago have been distributed, recent inquiries revealed that over 162,000 bags are rotting away in the NEMA stores, some state governments have also denied receiving any consignment from NEMA.

The 6,779 metric tons of rice donated by the Chinese government is approximately 271 trucks which come to about 162,696 bags of rice. The bags of rice were meant to be distributed to Internally Displaced Persons (IDP) camps in the North-East.

But a recent report from The Cable says that over 16,000 bags of rice are rotting away in the stores of the National Emergency Management Agency (NEMA).

In 2017, there were reports of scarcity of food in IDP camps in the North-East as a result of poor harvests and the decision by the United Nations World Food Programme (UN WFP) to reduce its supply of food in the region.

This situation led the Chinese Government to donate 6,779 metric tons of rice to be distributed to all the IDP camps in Nigeria.

On May 25, 2017, Laolu Akande, the Senior Special Assistant on Media and Publicity to the President Office of the Vice President, Yemi Osibanjo, said:

According to Akande while speaking on the report of the House of Reps committee, Osinbajo approved the request without due process.

According to The Cable, in April, the Director-general of NEMA, Mustapha Maihaja, while speaking to members of the House of Representatives said that the bags of rice have been shipped to various warehouses in Maiduguri, Borno state, and Yola in Adamawa states.

However, the state governments denied receiving any consignment from NEMA.

“The distribution started last year. Some of the items are still there and they are being distributed monthly. It’s not that we kept them. We distributed them directly to the beneficiaries. You know the items are large in quantity. I’m a little bit busy right now. You can get my attention later.”

The House of Reps committee recently investigated the activities of NEMA and called for the dismissal of the agency’s DG, Mustapha Maihaja, over alleged fraud and irregularities. 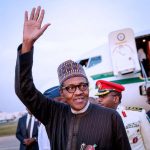 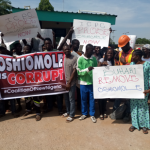