The Federal Government has summoned an emergency meeting with stakeholders in the power sector due to the low electricity generation and the collapse of the national grid which lead to widespread blackout across the country. 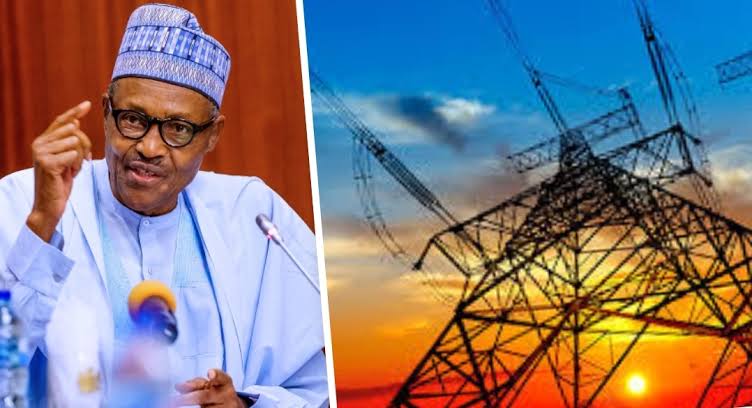 Different power distri-bution companies alerted their customers that the national grid collapsed to zero megawatts around 10.40am on Monday, stressing that it was what led to widespread blackout across the country.

For instance, Enugu Disco described it as a general system collapse, adding that the plunge in power generation on the grid caused a blackout in the five states under its franchise area.

The statement reads, “The Enugu Electricity Distribution Plc wishes to inform her esteemed customers in the South-East of a general system collapse which occurred this morning, Monday, March 14, 2022 at 10:40am.

“This is the reason for the loss of supply currently being experienced across the network,” the firm said in a notice to its power users.

“Consequently, all our outgoing feeders are out and supply to our customers in Abia, Anambra, Ebonyi, Enugu, and Imo states are affected by this development. We are on standby and awaiting a signal from the National Control Centre for restoration of supply.”

The Enugu Electricity Distribution PLC (EEDC) wishes to inform her esteemed customers in the South East of a general system collapse which occurred this morning, Monday, 14th March, 2022 at 10:40 am.

Also, the Abuja Electricity Distribution Company stated that the collapse affected its network and franchise area.

The Federal Capital Territory, Kogi, Nasarawa and Niger are under the AEDC coverage, as the power firm distributes electricity in these states.

“Dear esteemed customer, we experienced a general outage across AEDC network at 10:40am today due to a system collapse which occurred on the national grid.

“Appropriate measures are now being taken to restore normal supply as quickly as possible. We sincerely apologise for the inconvenience,” the power stated.

The Ikeja Disco further confirmed the system collapse, stating that it recorded it at almost the same time on Monday.

READ:  17-Year-Old Girl Rapes Her Friend's 4-Year-Old Brother Because She Lacks Sex With A Man

On its part, Eko Electricity Distribution Company informed Lagosians that “a system collapse occurred on the national grid at 10:40am today (Monday), leading to outages across our network.

“We are working on the situation with our TCN partners and will keep you updated. We sincerely apologise for the inconvenience this may have caused.”

Dear esteemed customer, we regret to inform you of a total system collapse on the national grid at 10:40 am today, leading to outages across our network. We are closely monitoring the situation with our TCN partners to determine the cause and a timeline for resolution.

Kaduna Disco contacted those under its service areas too, as it stated that “we regret to inform you that the power outage being experienced in our franchise states is due to system collapse of the national grid which occurred at about 10:40am.

“Power supply shall be restored as soon as the national grid is powered back. Our sincere apologies for any inconvenience.”

Industry data seen in Abuja showed that 19 power generating plants were producing electricity as of 6am on Monday, but they gradually lost production before the eventual collapse of the grid.

Power generation companies had on Sunday blamed the incessant blackouts across the country on the weak infrastructure of transmission and distribution companies.

The Gencos had stated that the poor infrastructure of the Discos and TCN had rendered the quantum of electricity generation in Nigeria inconsequential. The TCN manages the power grid.

The Executive Secretary, Association of Power Generation Companies, Joy Ogaji, kicked against the position of the TCN that the Gencos were to blame for poor power supply nationwide.

On March 8, 2022, the TCN ascribed the low power generation in Nigeria to Gencos’ inability or refusal to generate power, as the transmission company absolved itself of any responsibility from the ongoing shortage of power supply across the country.

It was, however, gathered that the Federal Government met with operators in the sector on Monday over issues pertaining to the grid collapse and measures adopted to restore it, as well as other concerns about the sector.

The Minister of Power, Abubakar Aliyu, had to summon an emergency meeting with all the stakeholders in the power sector to address the low electricity generation which had caused epileptic power supply across the country.

Sources at the power ministry also stated that the minister invited participants in the sector to the meeting to address the latest concern about the collapse of the grid.

Aliyu said stakeholders must work together to make electricity more stable and try to avoid the ongoing blame game among operators in the industry.

The meeting, which was held at the conference hall of the Federal Ministry of Power had in attendance delegation from power generation companies, TCN, Nigerian Bulk Electricity Trading and Niger Delta Power Holding Company.

Others include officials from the Nigerian National Petroleum Company Limited, Shell, among other players in the power value chain.

“This meeting was summoned to address the current electricity situation in the country which we see and are not happy about. We must find a solution so that Nigerians will have electricity. I want us to have the patience to talk to each other, not blaming each other,” the minister reportedly stated.

KanyiDaily recalls that the Minister of Power, Abubakar Aliyu had previously blamed the low water levels in the hydro dams for the erratic power supply in the country. 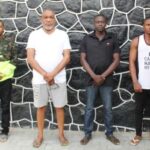 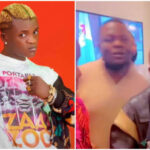