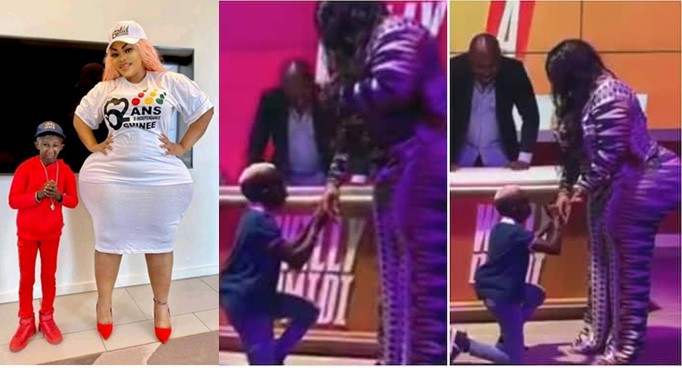 In July last year, the Ivoirian model announced she had parted ways with the musician, citing alleged infidelity after photos of the singer and another lady kissing surfaced online.

But in a now-viral video, the couple were being interviewed on a live TV when Grand P went on one of his knees to apologize and popped the question.

The singer who spoke in French said, “You are my life, I have changed, whatever happened is the past, I won’t repeat it, it won’t happen anymore, believe.”

In the viral video, the curvy Ivorian socialite, who appeared stunned by his request, hesitated before eventually accepting the proposal amid cheers.

Yao also shared the video on her Instagram page where she talked about her struggles trusting the singer again after what transpired between them in the past.

Sharing the video, she wrote: “My ex baby’s marriage proposal was hot I have a very big decision to make…Can I still trust big P?”

KanyiDaily had also reported how a Nigerian lady identified as Chichi Eze was allegedly been killed by her jealous friends after her rich boyfriend proposed to her in Abuja.

READ:  Anti-Igbo Comment: Brymo Apologises, Tells His Side Of Story 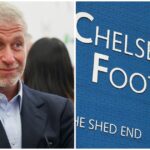 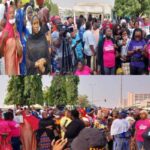