American actress, Megan Fox, and rapper, Machine Gun Kelly (MGK), have announced their engagement and revealed that they drank each other’s blood.

The 35-year-old film star announced their engagement in a video shared on her Instagram showing the moment when Kelly popped the question with a double-stone engagement ring.

Sharing the video on her page, Fox reflected on their relationship which started in July 2020, adding that they “walked through hell together” while dating.

She also disclosed that they drank each other’s blood after she accepted the rapper’s marriage proposal on Tuesday under a banyan tree where they fell in love.

READ:  Police Seen Trying To Wrestle Out A Gun From Mavin Records DJ BigN During A Street Fight

Megan Fox wrote, “In July of 2020 we sat under this banyan tree. We asked for magic. We were oblivious to the pain we would face together in such a short, frenetic period of time.

“Unaware of the work and sacrifices the relationship would require from us but intoxicated off of the love. And the karma.

“Somehow a year and a half later, having walked through hell together, and having laughed more than I ever imagined possible, he asked me to marry him.

READ:  “I Love Him So Much" - Sola Sobowale Finally Addresses Relationship With Ade Tiger

On his part, Machine Gun Kelly relished proposing to the actress at the same location, “beneath the same branches we fell in love under”.

He wrote, “Yes, in this life and every life beneath’ the same branches we fell in love under, I brought her back to ask her to marry me.

“I know tradition is one ring, but I designed it with Stephen Webster to be two: the emerald (her birth stone) and the diamond (my birth stone) set on two magnetic bands of thorns that draw together as two halves of the same soul forming the obscure heart that is our love. 1-11-2022.”

READ:  "Armed Robbers Told Me To Sing For Them After Slapping And Robbing Me" – Banky W

KanyiDaily had also reported how rapper 50 Cent bought out an entire 200 front row section at Ja Rule’s concert to mock him and make the show look empty. 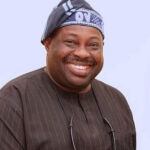 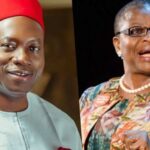