The former governorship candidate of All Progressives Congress (APC) in Imo State, Uche Nwosu has berated southern politicians who refused to support the South-East to produce the next president. The APC chieftain, who spoke with journalists in Abuja, said politicians agitating for a power shift to the South without supporting the South-East to produce the next President in 2023 are “not sincere and are unfair to Ndigbo”.

According to him, it’s unfair to accuse the North of plotting to retain power in 2023, while denying the South-East, which has never produced the country’s president, the opportunity to do so.

Nwosu maintained that the only way equity and justice could be truly served was for other zones in the Southern part of the country to support the South-East as power shifts to the region.

“When our brothers from the South West or South-East come out to say they want to be President for equity and justice sake, they are simply not fair, there is no equity or justice in that.

“The South-East is determined to get to power by the support of other zones but I still plead with our brothers from other zones to understand that the country is built on three legs that is the South East, South West and the North, even though if you talk about the six geo-political zones we have now, others have tasted it.

“So for me when we talk, we talk with dignity, with principle and with our conscience open. People should come out and do things with conscience and in a way, it will please God.

Nwosu, however, said the South-East was not losing any sleep following the emergence of aspirants from other region for the 2023 presidential election.

“We are not discouraged that other zones are interested, this is democracy and you don’t just sit at home and expect them to give power to you, you also have to move and campaign for you to get it, so we know that you can’t sit in the Southeast and power will come from the North, South West or South-South and be given to you”, he said.

He hailed presidential aspirants from the South East for closing ranks and agreeing to work together to actualize the age long aspiration of producing a Nigerian president of Igbo extraction.

“Initially they said if the Southeast can come together, they will support them, they will also that the aspirants coming from the Southeast are many they should select one person, the ones coming out from other zones are they not many, we should stop trying to use cheap blackmail to stop a section of the country from tasting what others have tasted.

“What we need now is a unifier, we want somebody who can come and treat the six geo-political zones as one, we don’t need an ethnic bigot who will come in and the first thing he will do his to face his region, we don’t need that kind of President, we need the president that will look at the entire zones as his own, we need someone who will unite this country as one and we have them in the Southeast, the likes of Owelle Rochas Okorocha, Dave Umahi, Chris Ngige, among others,” he said.

KanyiDaily recalls that a presidential candidate of the platform of the African Action Congress (AAC), Omoyele Sowore has faulted the call for Igbo presidency, saying it is “a divisive strategy”. 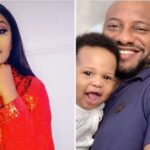 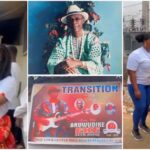