Former Chief Imam of the Apo Legislative Quarters Mosque, Sheikh Nuru Khalid, who was sacked for criticizing President Muhammadu Buhari during his sermon has been appointed to lead another Juma’at mosque in Abuja. 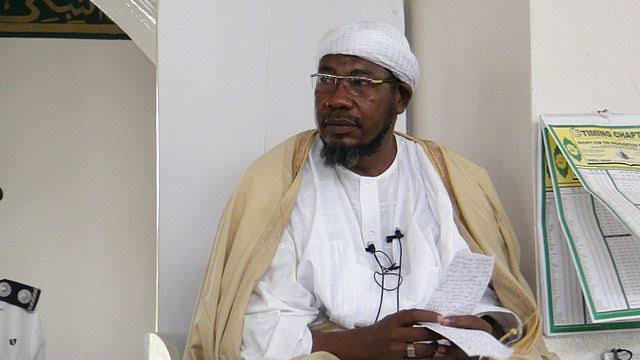 According to Vanguard, the cleric said he has been appointed by the Management Committee of a new Jum’mat Mosque behind the Central Bank Nigeria (CBN) Quarters in Abuja to lead the congregation with effect from Friday, April 8, 2022.

Sheikh Khalid however described his sack by the Apo Legislative Quarters Mosque as a necessary price he had to pay for speaking the truth to power on behalf of voiceless Nigerians and identifying with the suffering masses.

He said, “My sack is a reflection of how Nigeria is today. Many people are hiding under the cover of religion to perpetrate all manners of unwholesome acts.

“Such people would stop at nothing to take away people like me, who are pro-masses and bold enough to speak the truth to power always on behalf of voiceless Nigerians.

“This is the price we pay for aligning with the people and identifying with their sufferings.

“By the Grace of Almighty Allah, I will be leading my new congregation this Friday, because as clerics we need a platform for operating.

“There’s a Jum’mat mosque we built behind the CBN Quarters, in Abuja; I will now be leading the congregation there,” he was quoted as saying.

KanyiDaily had reported that Sheikh Khalid was suspended from his position as the chief Imam in the mosque after his sermon during Friday’s Jummat service.

The cleric had criticized the Buhari-led government for its inadequacy in dealing with the security situation in the country amid a high number of attacks by non-state actors.

Khalid, who noted that Buhari had failed in keeping his promises after being voted twice, asked the electorate not to vote for any politician who cannot guarantee them the safety of lives and properties.

The mosque committee headed by Saidu Muhammed Dansadau sanctioned Khalid, describing his teachings of political apathy as un-Islamic, while urging the electorate to “go to the polls to eliminate those who oppose God, the electorate and the country”.

Reacting to the development on his Twitter page on Sunday, Shiekh Khalid said he was unperturbed by his suspension, stressing that God is the owner of power and dictates whom he gives.

In a letter addressed to the Imam on Monday, the mosque committee said Khalid has been sacked for not showing any sigh of “remorse” despite his suspension. 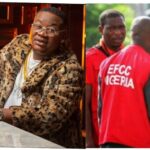 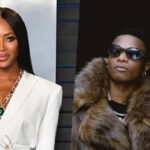