Nollywood actress, Omotola Jalade-Ekeinde has reacted to the death of a gospel singer, Osinachi Nwachukwu, who allegedly died as a result of serial domestic violence meted out to her by her now-embattled husband, Peter Nwachukwu. 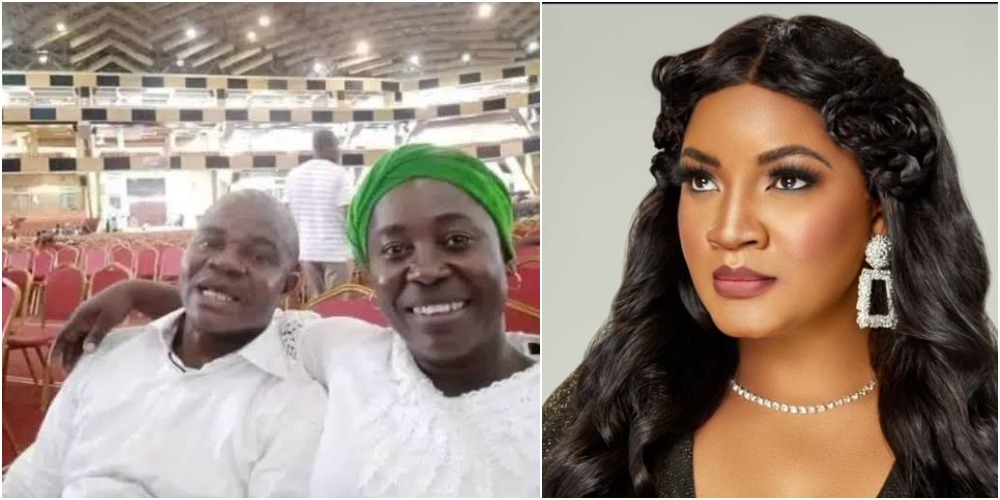 In series of post shared on her Instagram story, the actress advised ntending couples not to be discouraged by horriboe stories about marriage that surfaces on social media.

According to her, thousands of good marriages filled with love still exists, noting that those planning to tie the knot should not panic because abuses witnessed in some union is not general.

She wrote, “I know that there are many horrid stories about marriage that screams loud. But I don’t know who needs to hear this… fear not.

“For every bad marriage that makes the news, there are over a thousand very loving and prosperous marriages that don’t.

“There is no fear in love; Instead, perfect love drives out fear, because fear involves punishment. So the one who fears is not complete in love. 1 John 4:18”

READ:  Val's Day Special: Man Carries Baby On His Back As He Strolls To Work With His Wife 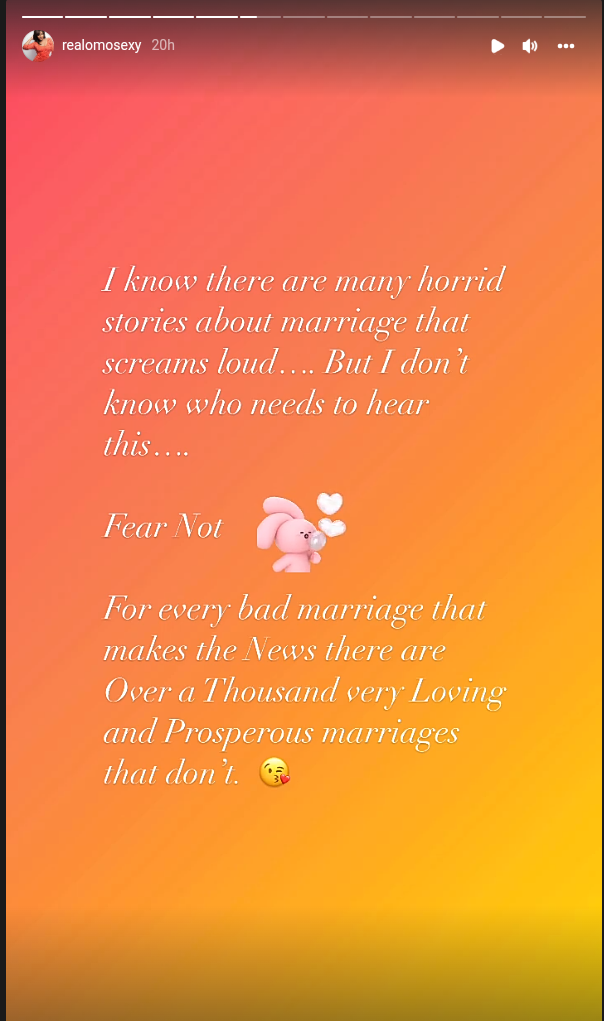 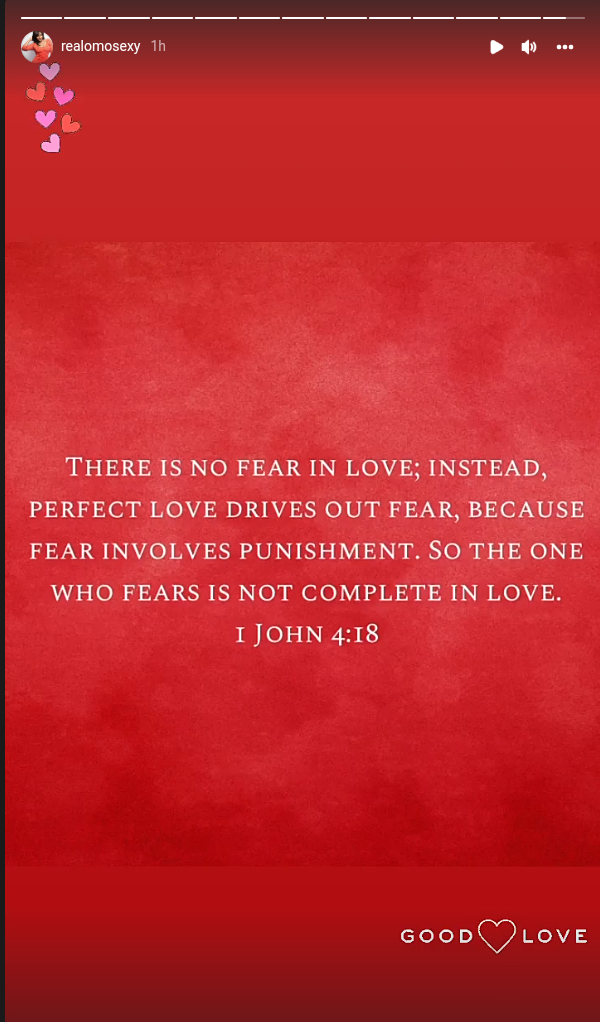 KanyiDaily recalls that Omotola Jalade-Ekeinde had recently revealed that she got married to her husband, Captain Ekeinde, at the age of 18 because she was already a millionaire. 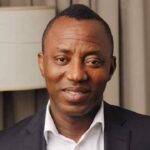