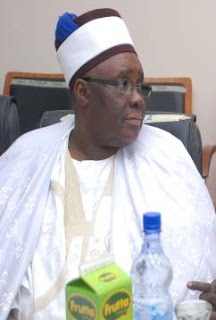 The Emir of Fika, escaped death today when a suicide bomber was thwarted by local people before
blowing himself up, residents said. Several people were wounded in the blast outside the main mosque
after Friday prayers ended in the town of Potiskum, one witness said. The target of the attack was Muhammad Abali, the top Muslim
traditional leader in Yobe state, where Potiskum is located, and whose
official title is the Emir of Fika.

“A man who looked in his 40s … approached the emir and tried to
embrace him, but people around pushed him away, and at that moment, a
bomb concealed under his caftan went off,” one witness said.

Those wounded included the emir’s bodyguard, a mosque aid worker and a
nurse, the witness said. The attack was said to have occurred as the
emir left the mosque near his palace after weekly prayers.

There was no immediate claim of responsibility, though Potiskum has been hard hit by violence blamed on Boko Haram.

“I and my brother were leaving the mosque through a different gate
when I heard an explosion followed by a commotion as worshippers tried
to flee,” another resident said.

“I fled the mosque, but some minutes later when the news of what
happened spread, I came back to the mosque and I saw a large crowd
watching the dismembered body of the attacker.”

Some three weeks ago, a suicide bomber tried to assassinate another
key Islamic leader outside his mosque after Friday prayers but missed
his target and killed five others.

The target of that attack was Umar Garbai el-Kanemi, who carries the
title of Shehu of northeastern Borno state, where Boko Haram has been
based. Yobe state borders Borno.

On Wednesday, Boko Haram claimed suicide blasts at two police posts
in the country’s northwest and a separate attack at a home belonging to
Vice President Namadi Sambo.

Twin bombings on Monday in the city of Sokoto, the historic seat of
Islam in the country, killed two people and wounded 30 others. The
bombers also died in the blasts.

Gunmen had fired on Sambo’s home in the northern town of Zaria on Monday. One civilian was killed in the assault.

No one lives at the house, which is undergoing repairs to damage inflicted during post-election riots in 2011.

Boko Haram has killed hundreds in an insurgency that has been focused
in Nigeria’s mainly Muslim north, with attacks also occurring in the
country’s religiously and ethnically divided centre.

The country, Africa’s most populous nation and largest oil producer,
is roughly divided between a mainly Muslim north and predominantly
Christian south. 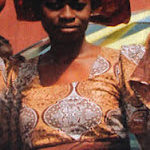 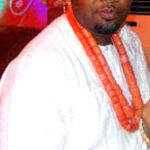