Juliana,
the mother of 21-year-old Tolu Esuola, who was found burnt to death on
her bed in Oyo, Oyo State, on July 24, has said that Kunle, the suspect
arrested in connection with the incident, was seen in the house on the
fateful day by her neighbours.

The woman, who spoke with our correspondent in Oyo on Thursday, said,
“Some of our neighbours told me they saw Kunle in our house that day.
Juliana said Kunle had impregnated her daughter but terminated it,
resulting in a frosty relationship between the duo.


She told PUNCH Metro, “Kunle was like our son. My husband took him in
about four years ago after we converted him from Islam to Christianity.
He began going to church with us.
“We did everything for him as if he was our son. I was shocked when I was told that he had impregnated her.”
Juliana, however, said Kunle was sent out of the house after he beat up Tolu following a disagreement.
She said her husband bought a motorcycle for Kunle to use for commercial
purposes after he lost his job and wanted to commit suicide.

She said, “One day Tolu’s sister sent N10, 000 to her through Kunle’s account and he refused to deliver it.
“When I demanded the money, he flared up and stormed out of the house.
Tolu went to him and challenged him for acting that way. But he beat her
terribly.

“Since that day, I washed my hand off him. I went to where he was
staying and collected the key of the motorcycle my husband gave to him.”
Juliana said the night Tolu died, she had gone to the farm with her
other children and asked Tolu to stay home for household chores.

Tolu’s uncle, Mr. Ranti Esuola, said some time ago, Kunle came to him
and reported the ill-treatment meted out to him by Tolu’s mother.
Ranti said, “He told me he was angry and that he would deal with Tolu because she did not want him to succeed in life.
“I was surprised he could be saying things like that to me. When I asked
him what Tolu did, he said she went to report him to the father of
another girl he was dating.

“I think he was about to secure a loan from the father of that same
girl. He was working for the man and dating his daughter at the time.

“But immediately Tolu reported to the man that he was having a romantic
relationship with his daughter, he decided not to help Kunle anymore. He
was really angry he lost the opportunity to secure that loan.”
A neighbour and family friend of the Esuola family, Mr. David Oshotolu,
told our correspondent that the day before the incident, Tolu was with
him and his wife when Kunle called her that he would visit her the next
day.
Oshotolu said, “We were alerted to a fire at the house and firefighters
were called. When we realised that she had died in the fire, my mind
went straight to Kunle. I knew he had said he was coming that day.

“When we called him, I was shocked when he said he was at Minna. I told
some other people to call him and he said he was in Lagos. He kept
giving different locations.”

Oshotolu said his suspicion was confirmed when a bus driver told them he dropped Kunle in Oyo that day.
He said he saw that the ankle and the wrist of the corpse were tied with cable wire when they were carrying the body.

“The wire had melted. We were all shocked. There was no sign that she
moved from the bed. She could have been killed before the fire,”
Oshotolu said.
However, the Commissioner of Police in the state, Mr. Tambari Muhammed, said on Thursday that Kunle was being interrogated. 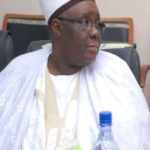