The mother of 10-year-old female pupil of Chrisland School in Victoria Island Garden City, Lagos, who was allegedly rαped by her male colleagues, has expressed displeasure over how the school handled the incident. 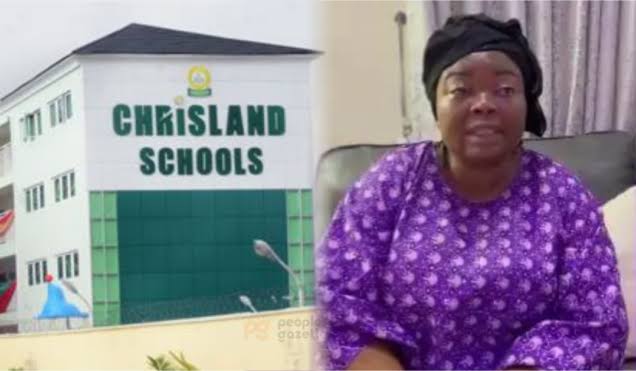 KanyiDaily had earlier reported how Chrisland School suspended the female pupil after she was allegedly rαped by her classmates during the World School Games in Dubai, United Arab Emirates (UAE).

The school the suspended the girl for taking part in a “truth-or-dare” game with other male students who sexually abused by her while recording the incident and posted it on Instagram.

In a video shared on Instagram by Nigerian music executive, Ubi Franklin, the girl’s mother said she was not aware of what transpired in Dubai till another parent showed her the video of the incident.

She lamented that one Mrs. Azike, the headteacher at Chrisland school VGC, “lied” to her that what happened was “a kiss” until she saw the video of the “immoral act”.

READ:  PHOTO Of The Day: Chelsea Fans Celebrating In Church.

The distraught mother said, “My child attends Chrisland School VGC. Please, I am making this video to beg Nigerians to get justice for me.

“About a month ago, I was on my way out of Lagos when I got a call from the head teacher in Chrisland; she said she wanted to see me and so two days later I went to the school.

“I got to the school and I met their representatives. They said they wanted me to know that my daughter whom I left in their care on a trip to Dubai had a kiss with a boy and the boy also kissed her.

“They found out that they got the kissing idea through “Truth and Dare” and advised that I should caution my daughter and take her phone from her.

“I said okay, if it is just that, I was going to collect the phone from her. Mrs Kemi also advised me not to tell my husband that it is not everything a woman should tell her husband. I thought the issue wasn’t more than that; Isaid no problem. As long as this is just kissing, I will caution my daughter. So I left them. I didn’t hear anything from them again.

“The girl was going to school. I thought everything was fine. Not until after two to three weeks that we had the conversation, Mrs Azike, the head teacher sent me a link that she wanted us to have a zoom meeting by 5pm. I said I was going to join them.”

She said she had a meeting with some persons including the board of directors of the school where one of them started talking to her about forgiveness.

”We had the meeting. There were many people, boards of directors. I was even the one asking them what is your name? Can you introduce yourself? One particularly said that his name is Akin. The Akin was the person leading the meeting. He began by saying if there is no sin there cannot be forgiveness. He was speaking in parables.

“At a time I had to scream ‘what are you people talking? what are you people discussing?’ He now said they just wanted to do a follow up to ensure that I have withdrawn Juliann’s phone and to check on how Juliann is doing. I said Juliann is fine but he now made a comment. He said ”when it happened”. I said ‘Sir what happened? He said Juliann did not tell you? I said no Juliann did not tell me anything.

“I was screaming at them ”Tell me what? Juliann did anything happen? Juliann said no”. I said Okay as it is now I don’t even know what you people are talking about but if it extends more than this that my husband would definitely know about it. The way you people are calling me I am not comfortable with it. At the end, we finished the meeting and we left. They didn’t tell me anything. I went on my own” she said.

Juliann’s mum said she received a call from another parent of a pupil in the school who informed her of what had happened to her daughter.

”The day after, a parent called me after we had that zoom meeting..the next day that she needed to see, that it is very very urgent. So I had to go her house. When I got to her house, she said something has been trending in Chrisland which I am not even aware, that she has told them that she doesn’t think that I am aware of this incident.

“The woman now called me and said look at this video. See what is trending in Chrisland. All the parents are aware.

“So immediately I informed my husband. We began to call Mrs Azike. She refused to pick her call. I called her more than 20 times she didn’t respond to the call but later I think she spoke with my husband and told him that she doesn’t know anything if such a thing existed. That was how I began to beat my daughter that why would this happen? What is going on?

“As we were beating her, the girl now said Mummy please can I talk to you? She said Chrisland, Mrs Azike threatened her not to speak out. She narrated how it happened. How they abandoned them in a hotel, how the school left them and how she got into this thing that is happening now.”

The distraught mum said the school authorities had all the while been sending delegates from their headquarters to have meetings with her 10-year-old daughter without her daughter.

She said, ‘‘They have been coming to have meetings, sending delegates from their headquarters to have meetings with my daughter without my consent. I was not aware. We were not informed. Please I am begging Nigerians to help me.

“Help me because Chrisland was trying to hide this issue. They were trying to push us out of the way and my daughter was going psychologically in sin. I am begging fellow Nigerians to help me.”

“As a mother and the part that Chrisland played to cover up this rape issue…On the day of mother’s day, I was in the school. We were all there, not knowing that they had other delegates that came to interrogate my daughter. As soon as we finsihed that mothers day, I left and they took my daughter elsewehere to go and interrogate her without my consent.

“Secondly they have been threatening my daughter that if she speaks out they are going to kill her, that it is a man’s world. That she should keep quiet and shouldn’t disclose it to me and my daughter was dying in silence I didn’t know. Everyday when she is going to school I will be forcing her, I will be telling her come out, come outside. This child will not want to go to school.

“Even her class teacher, Mr Timothy was calling her ”stupid girl, useless girl” in the midst of other children.

The woman said her daughter was suspended from school after they called the management to ask questions about the incident.

She said, “To crown it all, because we have started confronting them and started telling them we are aware of what happened, they now sent her a suspension letter”

She said when she asked her daughter how she was allegedly raped, she said:

”My daughter said that they went out in the morning to have breakfast and one of the boys, Kachi, begged her that she should borrow him her phone charger. So she gave Kachi the charger. Then later in the evening after they had dinner, the Kachi now called her room that she should come and pick up her charger.

So she went to the place to get the charger. When she got there they opened the door and one of them asked her to take her charger from the toilet. It was when she entered the toilet they now hijacked her and told her to drink a substance.

“So they were all under the influence of drugs and after that she did not know what she was doing again. That was what she narrated to me and they told her to be climbing them and somebody stood and was videoing them and was posting it out”

This is coming barely a few months after a student of Dowen College, Sylvester Oromoni Junior died under controversial circumstances after sustaining injuries following an alleged attack by seniors of the school. 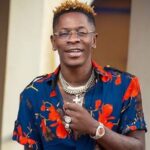 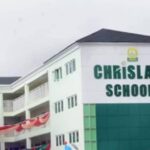