Galadima, a Grade 2 teacher, was accused of allegedly defiling 14 female pupils of the school, and threatening to kill them if they spoke about it.

The teacher was also accused of infecting them with the dreaded HIV/AIDS after it was discovered that Galadima who molested them is HIV positive.

The Police Public Relations Officer (PPRO), DSP Wasiu Abiodun, who confirmed the arrest of the accused teacher, said he had been handed over to the Criminal Investigation Department (CID) of the force.

“The suspect is with the command over allegations of sexual assault in his school,” Abiodun said, adding that the teacher had initially escaped arrest before being caught and brought to Minna.

“Investigation into the case has begun,” the police spokesman said, pointing out that on the completion of the investigation he will be charged to court.

The State Commissioner for Education, Ms. Hannatu Jibrin Salihu, is already heading a committee set up by the state government to investigate the authenticity of the claim against the randy teacher.

Other members of the committee are: the Director Child Rights Protection Agency; the State Commissioner for Women Affairs; representative of the State Universal Basic Education Board (SUBEB), and an official of the Ministry of Health among others.

The committee, which has one week within which to complete the assignment, has already arrived New Bussa for the commencement of the investigation.

A top official of the SUBEB has disclosed on condition of anonymity that Usman Galadima has been placed on suspension pending the completion of investigation into his case.

Meanwhile, a member of the Deeper Christian Life Ministry identified as Sister Fanny has revealed that she died and came back to life with a message from God. 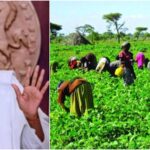 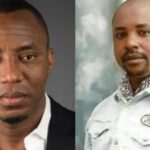