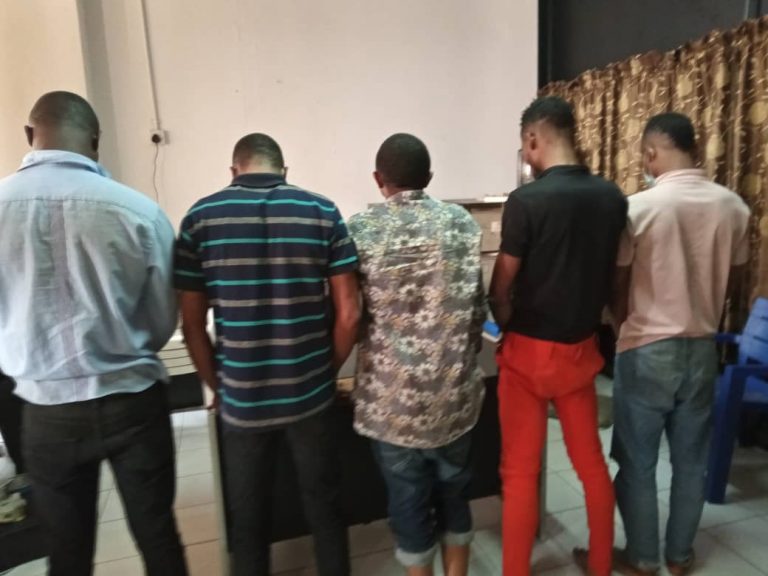 The Commissioner of Police, Airport Command and Aviation Security (AVSEC ), Umar Bature, disclosed the arrest on Thursday at a news briefing held at the Murtala Mohammed International Airport (MMIA) Lagos.

According to the News Agency of Nigeria (NAN), Bature said that out of the five suspects, 35-year old Adewale Aderele is an alleged guarantor to one of the suspects, now at large.

The syndicates are: Archibong Idorenyin, 34, owner of DAT Cyber Cafe, who allegedly forged the Virology Screening test results, Abdulmalik Ibrahim (24) and Moses Sunday (20) who are staff of DAT Internet Cafe.

The other suspect is Popoola Adewale of Patovilki Airport cleaning services.

Two of the suspects, 35-year-old Shehu Imam, who allegedly took illicit assignments from the airport to DAT internet cafe for the generation of fake COVID-19 certificates and Adeola Darlington of Skyblue Services Ltd, are now at large.

According to the commissioner, they also lure passengers to the airport where various sums are extorted from them. In this case, N50, 000.

“On Feb. 18, Popoola Adewale and Adeola Darlington who have access to all the nooks and crannies of the international airport, approached one Michael Osagbogu who was on a queue of a London bound aircraft and allegedly offered to help him procure COVID-19 certificate.

“They, however, cornered the passenger to an isolated toilet at the airport where N50, 000 was extorted from him.

“Thereafter, the victim was handed over to Shehu Imam who took him to Archibong Idorenyin, owner of the internet cafe at 4, Oriyomi Street Ikeja.”

According to the commissioner, some of the suspects have taken to their heels but concerted efforts are being made by the combined team of detectives of the airport police command and AVSEC to track them down.

He also said the suspects confessed to the crime and exhibits, including N50,000 and laptops used to generate the fake COVID-19 certificates as well as the certificates being used as exhibits.

“They will soon be charged to court where justice will take its course,” Mr Umar said.

The airport police command warned the public to follow due process in obtaining or procuring COVID-19 certificates to avoid unscrupulous syndicates.

The CP said the suspects would be charged to court on Friday morning. (NAN)

Meanwhile, the Federal Government has announced that COVID-19 vaccination will not be mandatory in Nigeria, adding that nobody will be forced to take any vaccine.

READ:  Pastor Calls Out Lady In Front Of Congregation Over Her Unusual Colorful Hairstyle [Photos] 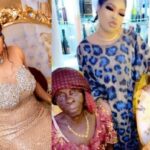 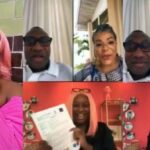