The National Association of Nigerian Students (NANS) has called on lawmakers to apologize to Nigerians for booing President Muhammadu Buhari during the presentation of the 2019 budget at the National Assembly.

When President Buhari proposed an N8.83 trillion 2019 budget at a joint session of the National Assembly in Abuja on Wednesday, December 19, 2018. Many lawmakers were heard openly booing the president while he delivered his opening statement about the achievements of his administration. Read the report HERE.

On Friday, December 21, 2018, the Public Relations Officer of NANS, Mr. Azeez Adeyemi, condemned the lawmakers’ behavior, saying that it had further tarnished the external image of the country.

He urged the lawmakers to always promote the integrity of the country, while according due respect to its leaders.

He stressed that the legislators should jettison personal and political interests while treating matters of national interest. He said:

“Nigerian students believe that members of the National Assembly should be role models to Nigerian youths and students by displaying worthy and enviable character.

“It is important to place respect for the honor and integrity of our dear country above any personal or political interests.

“We, hereby, call on the leadership of the National Assembly to, as a matter of necessity, apologize to the entire people of Nigeria over the members’ unruly conduct during the president’s budget presentation.”

The NANS spokesperson, nonetheless, urged the National Assembly members to scrutinize the 2019 appropriation bill before its passage so as to ensure that the outcome was in the best interest of all Nigerians. 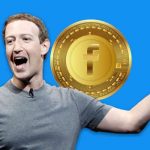 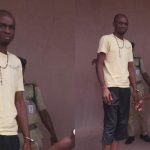