The Nigerian Lawmakers on Thursday exchanged banters over ‘Jibrin’, a controversy which has trailed President Muhammadu Buhari in recent times, alleging he has another double in so Rock.

On Buhari’s return, Nnamdi Kanu told his followers that the real Buhari that was elected in 2015 had died during one of his medical trips to London and been replaced with one Jubril Aminu Al-Sudani from Sudan who was trained by Buhari’s handlers to take his place and act like him.

President Buhari had to come out publicly to restate his identity and denied that he was ‘Jubril’.

On Thursday, December 20, 2018, Lawmakers exchanged banters over the controversy.

According to Premium Times, it all started when the presiding officer, Ike Ekweremadu, asked the chairman, Senate Committee on Tertiary Institutions and TETFUND, Barau Jibrin, to read a report of his committee.

He soon realized that Mr. Jibrin was not around and would be represented by another senator, Binta Garba.

“Which of the Jibrin?” Ekweremadu asked when Mrs. Garba signaled to read the report. The question elicited laughter in the chamber while forcing a response from Mrs. Garba.

“We are aware of the Jibrin you people are trying to force…but this is Binta, not Jibrin,” she said.

In seconding the motion to consider the report, Shehu Sani also referred to Mrs. Garba as Jibrin.

He said, “I stand to second the motion being moved by Jibrin…Binta Masi Garba.”

Before presenting the report, Mrs. Garba went again to the Jibrin issue. “For the avoidance of doubt, my name is Binta Masi Garba, not Jibrin,” she said and went ahead to present the committee report on the establishment of the federal polytechnic in Abia State.

The lawmakers passed the establishment bill for third reading. 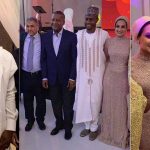 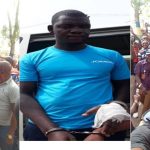