Facebook is planning to launch its own bitcoin cryptocurrency will allow users of the messaging app WhatsApp, to transfer money to each other.

It was gathered that Facebook began working on the cryptocurrency following one of the biggest management reshuffles in the company’s history around May.

According to Bloomberg, the social media network is now planning to launch the cryptocurrency called ‘Stablecoin’ pegged to the US dollar to avoid price volatility to WhatsApp users in India.

A close source told media outlet that Facebook would focus on the remittance market in India, where more than 200 million people use WhatsApp, but the company is still “far from releasing” the coin.

David Marcus, who heads Facebook’s exploratory blockchain group, has previously worked as the president of PayPal before subsequently serving as vice president of Facebook Messenger.

Mr. Marcus gave few details about the project when he announced his appointment in a blog post, but did reveal he is reporting directly to Facebook’s chief technology officer Mike Schroepfer.

“Like many other companies, Facebook is exploring ways to leverage the power of blockchain technology. This new small team is exploring many different applications.”

No further details were given about the project, despite several further requests for comment and clarification about what type of applications the team is working on.

Cryptocurrency analysts said introducing a cryptocurrency to a platform like Facebook or WhatsApp, with such a large user base – more than 1.5 billion people around the world – could result in the world’s first truly mainstream cryptocurrency. 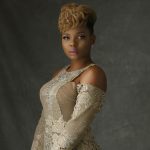 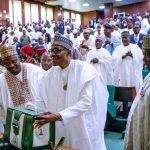