Archbishop Emeritus of the Methodist Church Nigeria, Most Reverend Ayo Ladigbolu has opened up about the fate of the wives left behind by the late Alaafin of Oyo, Oba Lamidi Adeyemi. 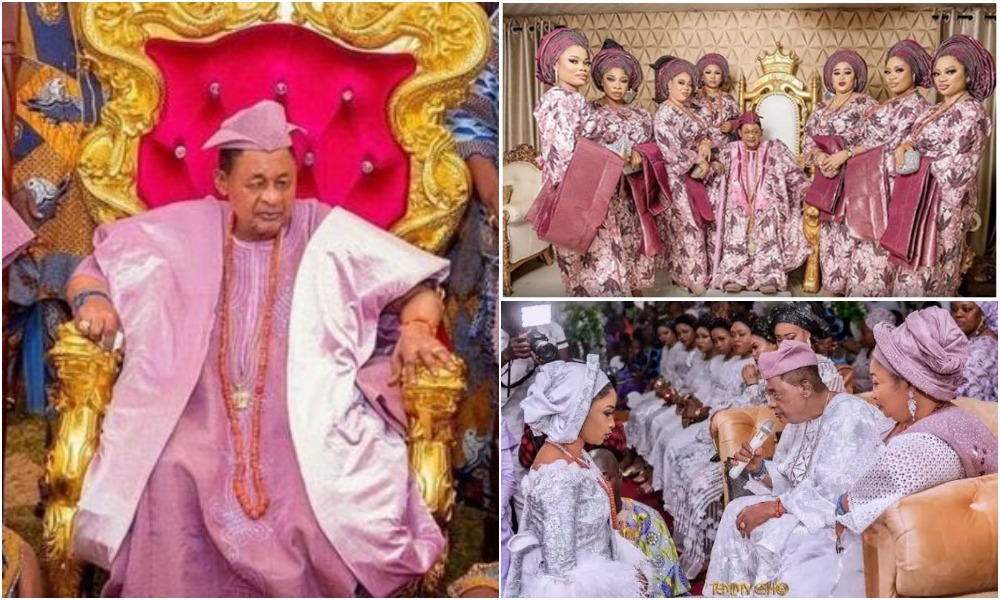 The late Alaafin holds the reputation for being one of the Nigerian monarchs with the most wives. Before his death at the age of 83, Oba  Adeyemi married a total number of 13 wives with one of them being an Igbo woman.

The names and details of the two remaining wives are not disclosed at this time. According to reports, not all of Alaafin’s wives attend events with him. Some of the wives are also reported to not be living in the palace with the others.

During an interview with Punch, Archbishop Ladigbolu who is from the Agunloye Ruling House of Oyo Kingdom, revealed that the new Alaafin of Oyo would inherit the wives of the late monarch.

Noting that it’s what the tradition demands, the cleric explained that when a woman is married to the Alaafin, they are married forever to the Alaafin which is an instutution.

He said, “The new king will inherit them and that is the tradition, but you know things are changing now.  Once a woman is married to the Alaafin they are married forever to the Alaafin. You know circumstances of life are changing and we have to adjust to the changing trends.

When asked if any of the wives of the late monarch can leave the palace and remarry someone else, Ladigbolu said: “I don’t have to elaborate on that; all I can say is that they are married to Alaafin and Alaafin is not a person but an institution.

“That is why the question of who they belong to after the death of the Kabiyesi who married them did not arise. They belong to the Alaafin. But in the light of the prevailing circumstances we will have to adjust. That is my response.”

The 83-year-old retired clergyman also told New Telegraph that any Ayaba (Queen) in the Oyo Kingdom cannot marry twice as she is married once and for life to the Alaafin.

Ladigbolu said: “For a new Alaafin to inherit the wives of his predecessor is the normal process. That is what has been happening before. And indeed it is a continuity that is beneficial because the king who will normally take over those wives may decide that because one has competence in history; another in artistry, in dancing, etc., such wives are retained in the palace.

“The king does not have to dismiss them. Alaafin’s wives are married only once to the king and to the throne. Once they are married, they are married for life. So, the transition just continues. That is the Oyo practice.”

KanyiDaily recalls that the Alaafin of Oyo, Oba Lamidi Adeyemi had been buried in the ancient town of Oyo on Saturday, April 23, following his death last Friday.