A 49-year-old man was on Thursday, 15th of December 2022, arrested by the Ogun State Police Command for bathing with blood with the claim it was to solve a spiritual problem.

The man, Ganiyu Shina of No 4, Oguji street, Obantoko Abeokuta, was bathing in the blood at a community river in the kotopo area of Odeda local government. 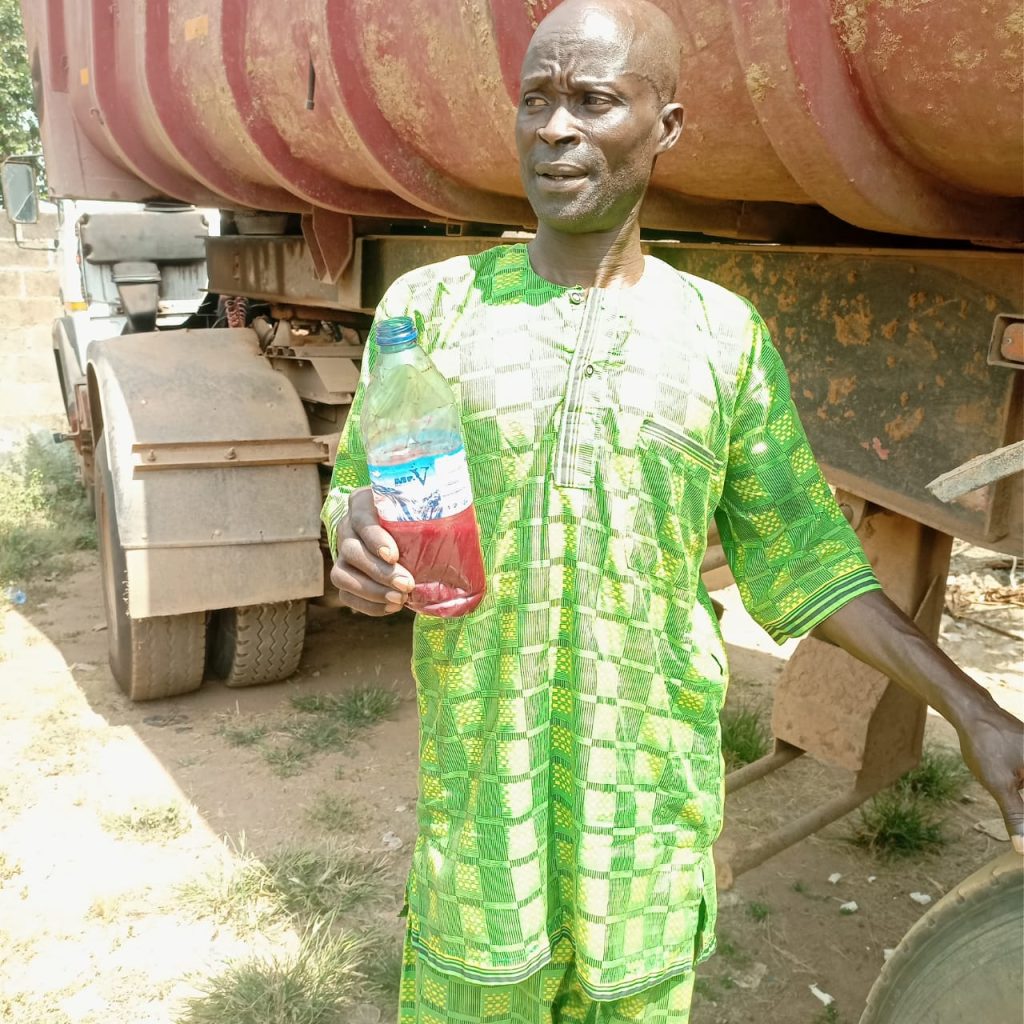 According to a statement made available by the Spokesman of the command, Abimbola Oyeyemi, the suspect was arrested when members of the community sighted him at the River Bank, where he parked his Nissan commercial vehicle, came out with a local sponge and a container filled with blood and started bathing with it.

“Immediately he discovered that some people are watching him, he took to his heels, but was chased and apprehended by members of the community,” the statement reads.

“A call was made to the police at Aregbe divisional headquarters by a member of the community, and the DPO, SP Bunmi Asogbon quickly led the patrol team to the scene, from where the suspect was brought to the station.

READ:  Outrage As ‘Aye’ Cultist Threatens To Kill All Police Officers Who Arrested Him [Video]

“On interrogation, the suspect claimed to have a spiritual problem, and that a herbalist instructed him to perform the ritual.

“He claimed further that the blood in his possession is not human, but that of a cow.

“Meanwhile, the Commissioner of Police has directed the remaining blood be taken to a laboratory for analysis, to ascertain whether its human blood or not.

“The CP also praised members of the community for not taking laws into their hands, he, therefore, assure them the suspect will be thoroughly investigated.”

In other news, Kanyi Daily reported that an Islamic cleric, Abduljabbar Nasiru Kabara, who was charged with blasphemy, was on Thursday, sentenced to death by hanging by a Kano Upper Shari’a Court sitting at Kofar Kudu, Kano State.