The House of Representatives has demanded the relocation of a Federal Medical Centre (FMC) from Daura, the hometown of President Muhammadu Buhari to Funtua in Katsina State. 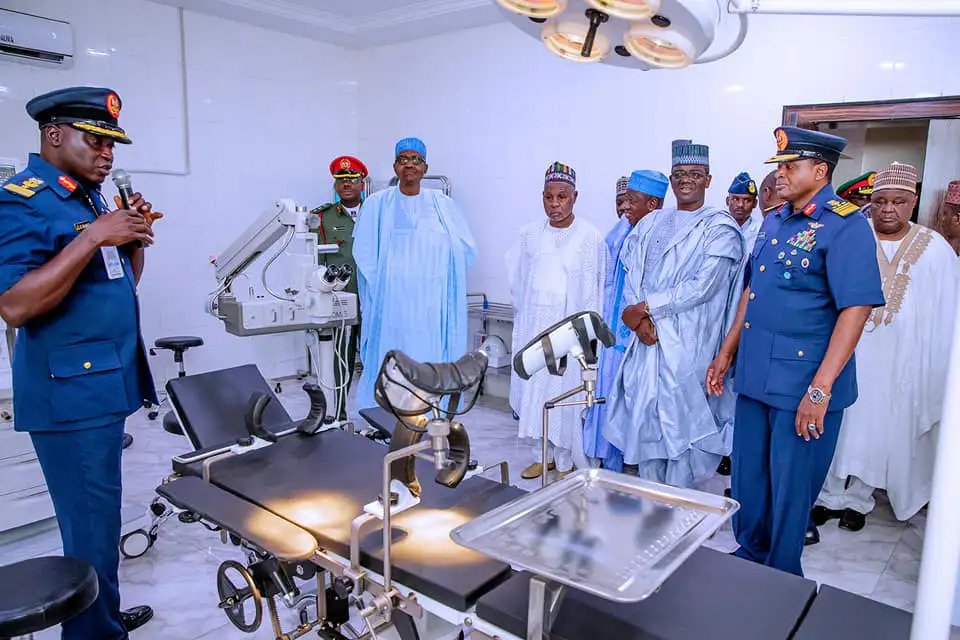 Reps Want FMC To Be Relocated From Daura

A member of the House from Katsina, Babangida Ibrahim, who made the demand via a motion at the plenary on Thursday, said the relocation is in the interest of the public.

Ibrahim, who represents Malumfashi/Kurfi Federal Constituency, in his motion, said Daura already has the Nigerian Airforce Reference Hospital, “a world-class hospital”, that was established in 2019.

He argued that the establishment of another federal medical hospital in Daura will not adequately serve the people of Katsina, adding that Funtua Senatorial District has no single medical facility.

The lawmaker urged the Federal Ministry of Health to “reconsider the process of converting Daura General Hospital to Federal Medical Centre in the public interest.”

READ:  Disney Channel Introduces Its First Ever Lesbian Couple On The Kids' Channel!

He also urged the ministry to facilitate the relocation of the FMC to Funtua, “being the only senatorial district without a federal health tertiary institution, with immediate effect.”

Ibrahim cited a recent approval to convert the General Hospital Daura to an FMC, following the upgrade of the FMC Katsina to a University Teaching Hospital.

He also noted that the new FMC in Daura was included in the 2023 budget estimates presented by the President to the National Assembly.

“In August 2019, the federal government established Nigerian Air Force Reference Hospital as a World Class facility to address the constant medical tourism abroad in search of the best medical services;

“The interest of the large populace in Kastina State will be adversely affected if the sited Federal Medical Centre is left in Daura despite the presence of the Air Force Reference Hospital and its geographical proximity to Katsina;

“The House is also worried that only Funtua Senatorial District lacks the presence of a federal medical facility despite its geographical distance from such facilities available in the state.”

Consequently, the lawmakers resolved that Committees on Healthcare Services and Legislative Compliance should ensure compliance with the resolution.

KanyiDaily recalls that President Muhammadu Buhari had also commissioned a new Transport University, which is said to be the first of its kind in Africa and is located in his hometown in Daura, Katsina State.

READ:  Ogun Residents Cries Out As Robbers Invades Thier Communities During Coronavirus Lockdown