Nollywood actress, Ini-Dima Okojie has tied the knot legally with the love of her life, Abasi Ene-Obong, today May 20, in a blissful atmosphere. 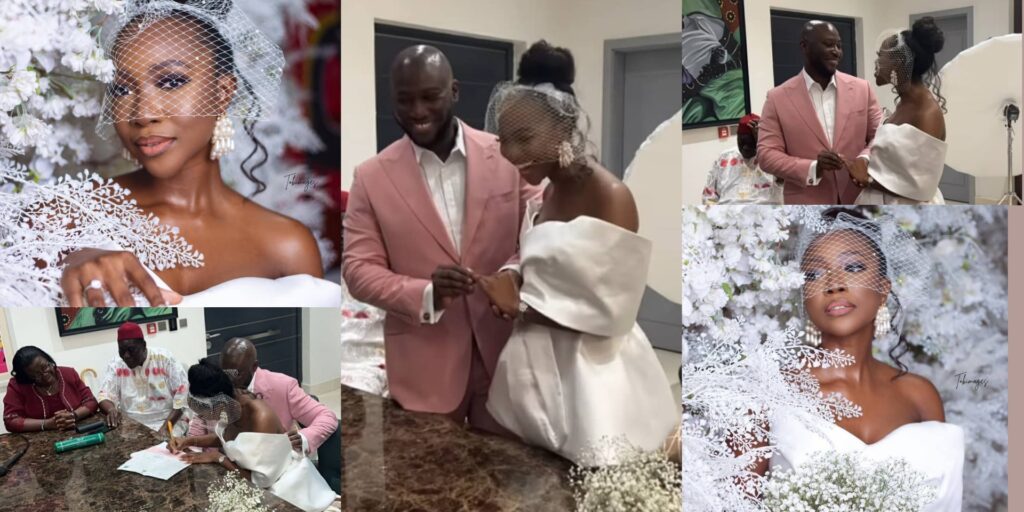 The lovebirds got engaged in July 2021 and decided to take their relationship a step further today.

Photos from their wedding have also been shared on social media. 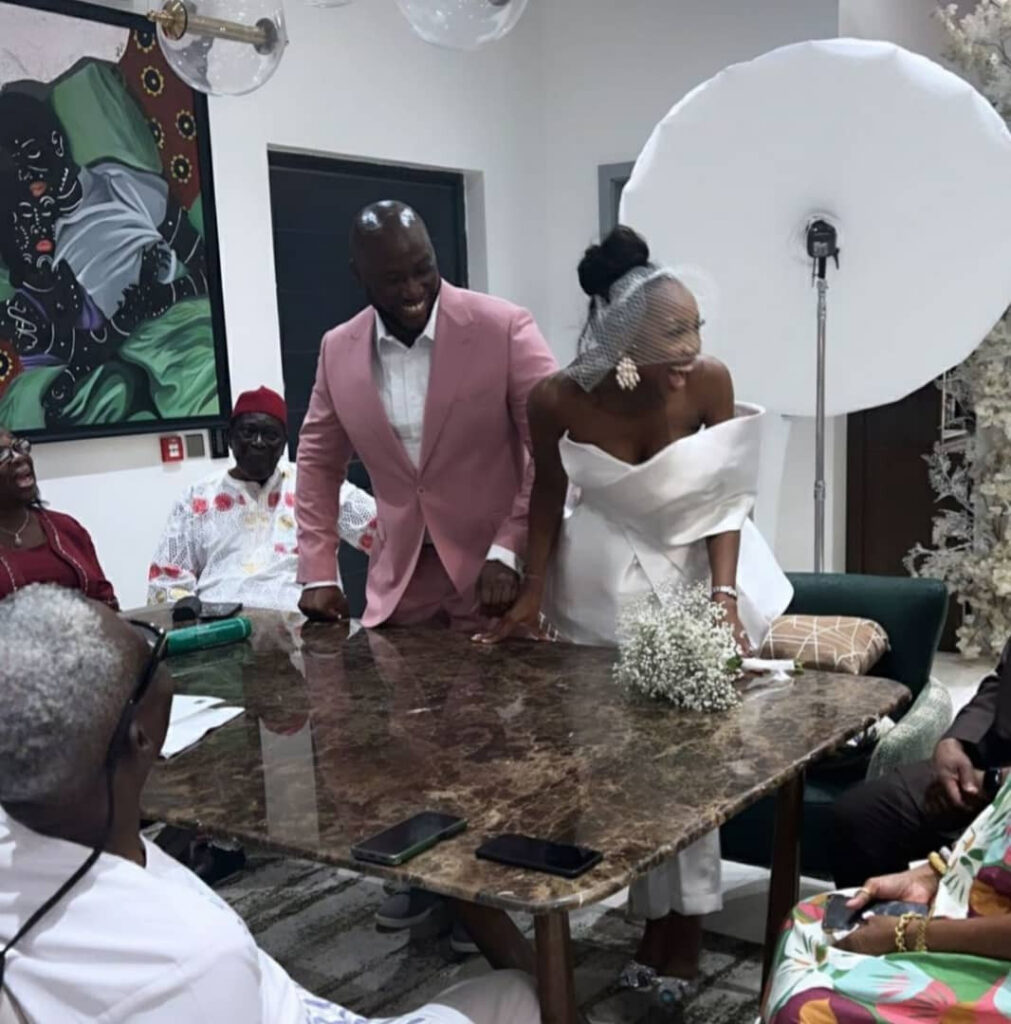 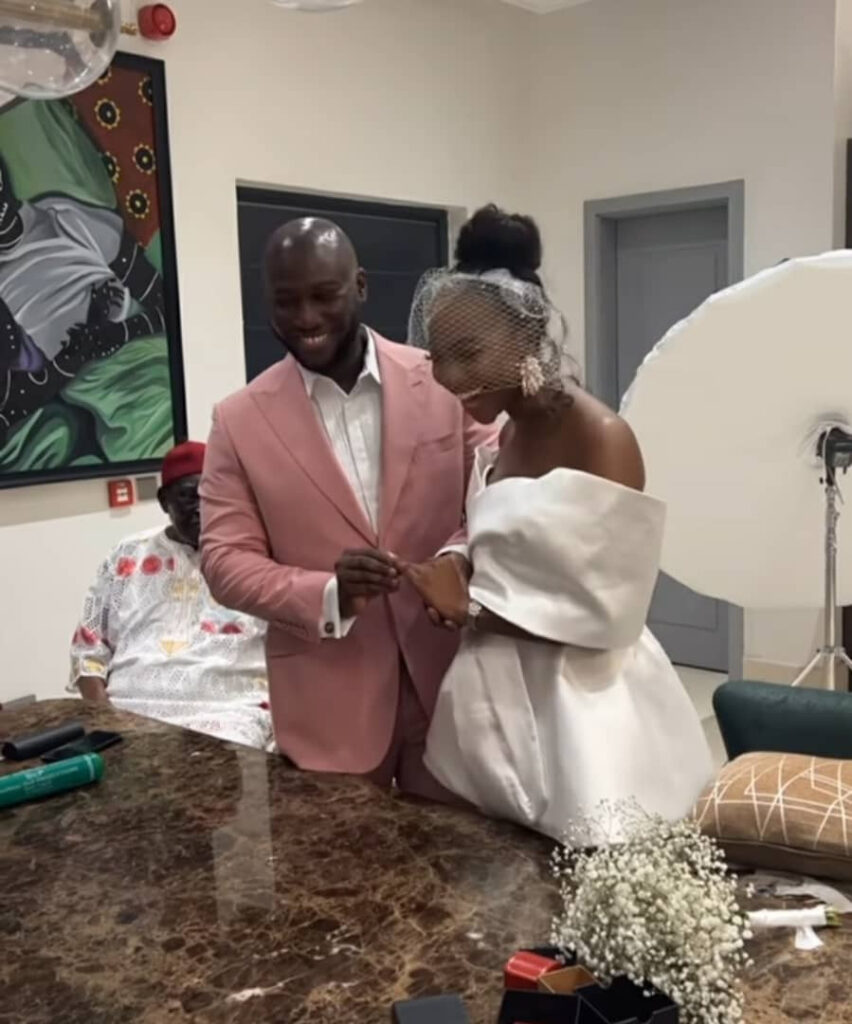 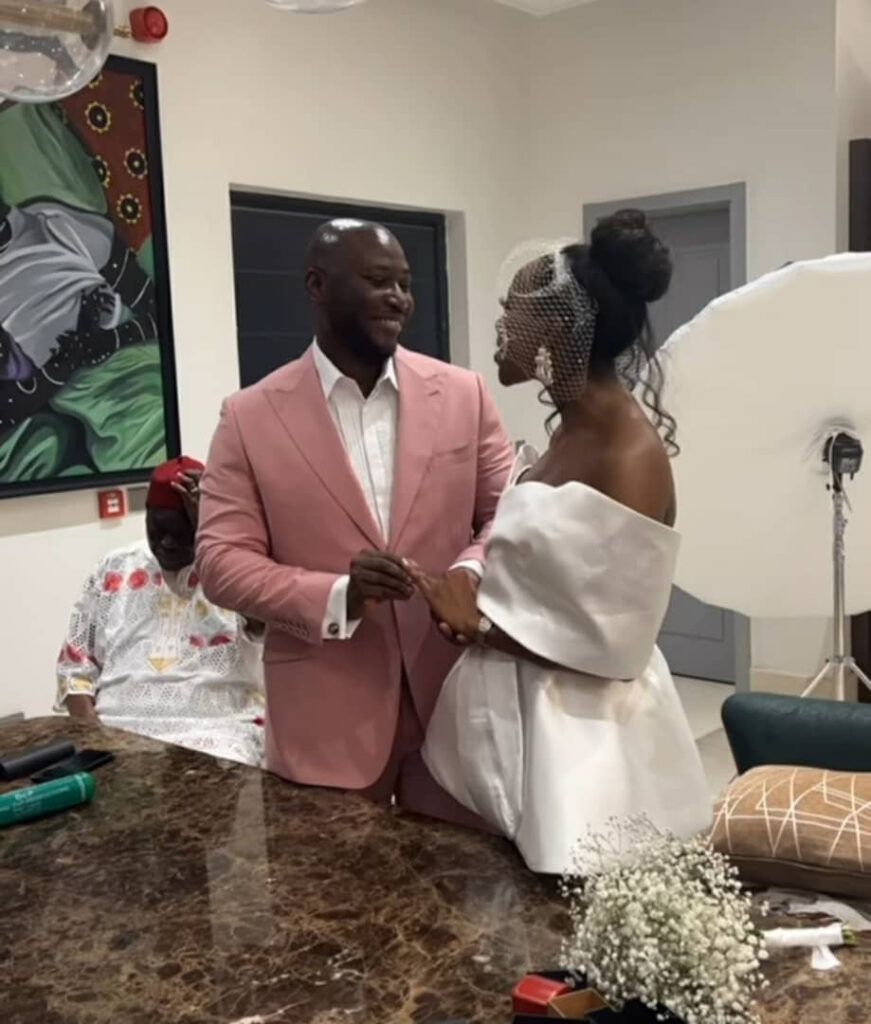 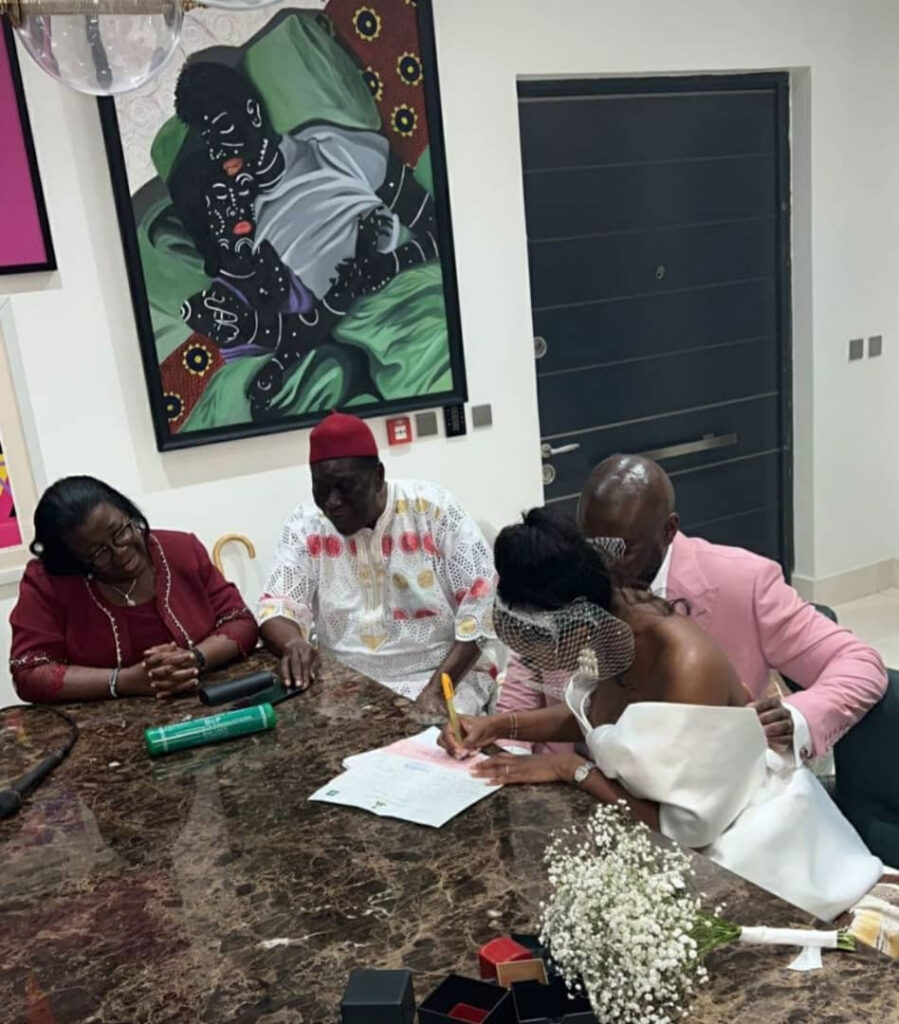 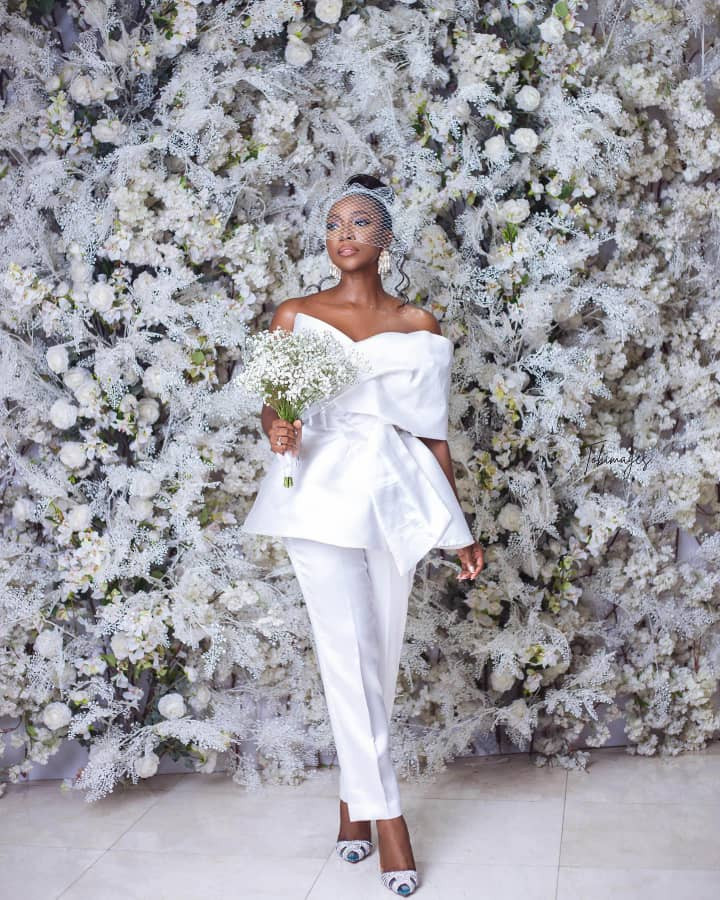 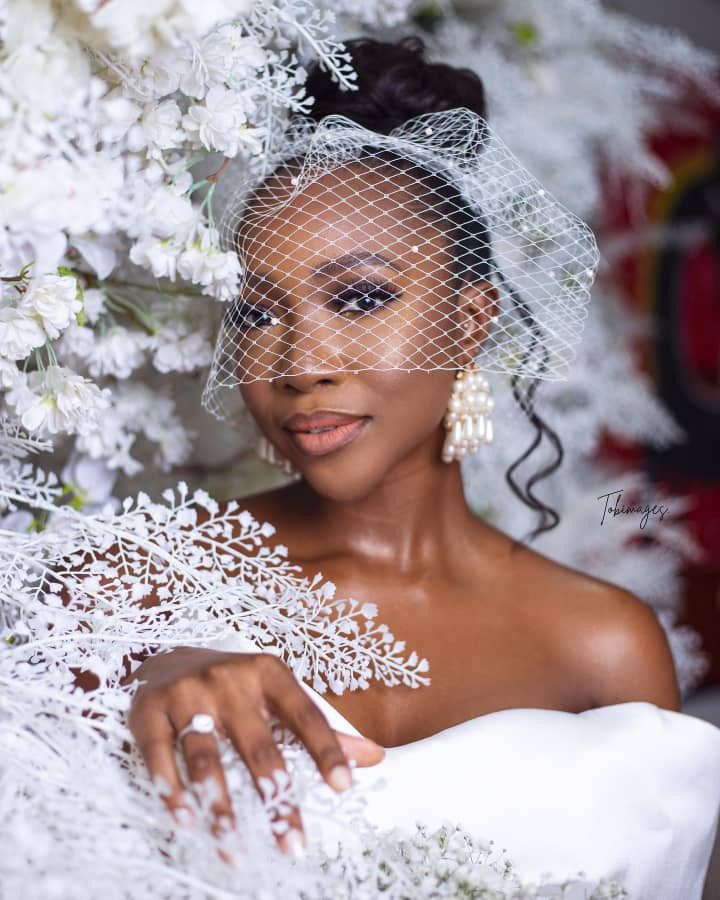 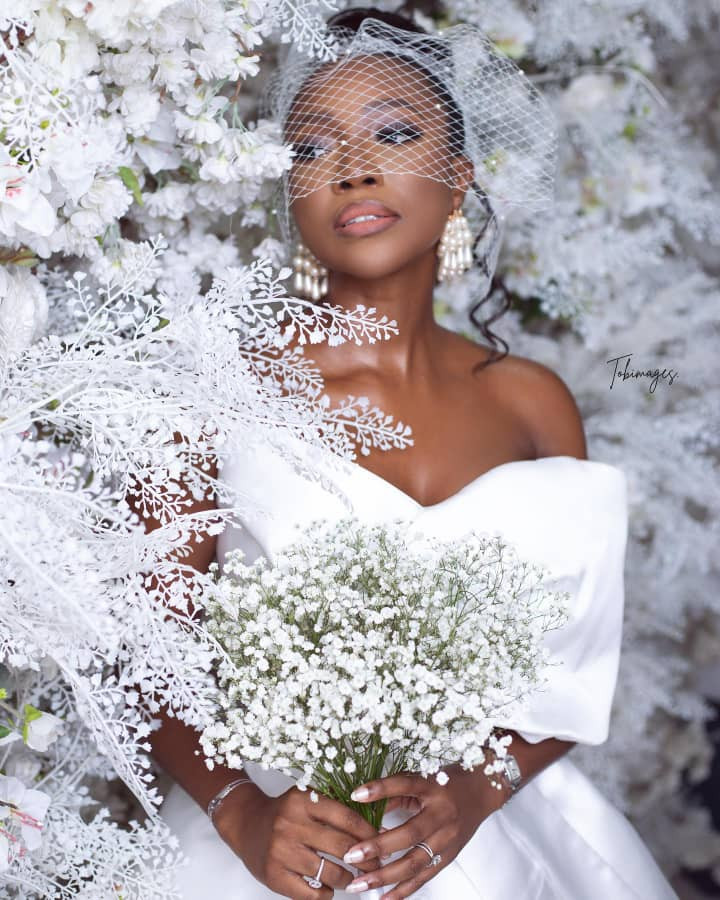 Recall that the faceless and controversial blogger, Gistlovers had called out actress, Ini-Dima Okojie while accusing her of snatching Ene-Obong from his wife who worked tirelessly to make him who he is today.

According to Gistlovers, his ex-wife sold her house and invested the money in him unfortunately he left still her and she resorted to renting apartments.

Ene-Obong on his part admitted to having been married with two kids but later they decided to part ways.

In other news, filmmaker, Mildred Okwo has reacted amid rumours about Rita Dominic’s husband, Fidelis Anosike cheating on her with two Nollywood actresses.